The Parisian footwear and accessories house, Pierre Hardy, is embracing architecture and fashion together with the notion of progress as expressed in the Stanley Kubrick’s 2001: A Space Odyssey for its latest Monolithe heels. The galaxy-inspired white leather shoes marks the label’s 15th anniversary. The footwear gets a galactic boost from its quadrilateral block high-heels representing the monolith from the Keir Dullea starrer cosmic epic and aptly summarizes Pierre Hardy’s journey since 1999. 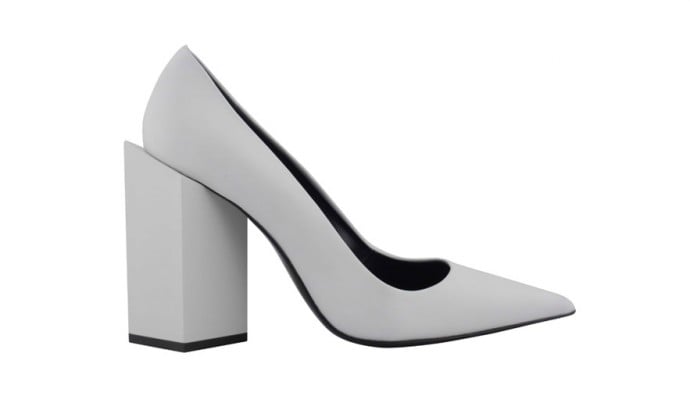 The new space-age cosmic Monolithe heels with fount of inspiration from outer space and futuristic influences is perfect to travel through space and time on starlit soirees or just to stare at the Milky Way.