Louis Vuitton’s Nicolas Ghesquière gave us a fanboy moment at the brand’s Spring 2018 runway show by dressing one lucky model in a Stranger Things T-shirt. If you haven’t been heard of the show you must be living under a rock! Stranger Things is loved by both critics and audiences as evidenced and it is every bit as binge worthy as you’ve been told. 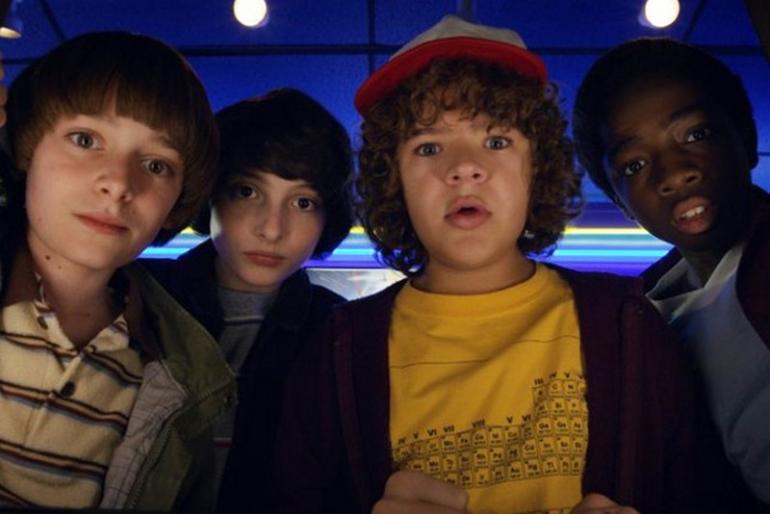 Ghesquière’s fan status is not new as he posted a picture with the younger members of the cast in September last year when they were invited to visit the Louis Vuitton HQ. “I met the kids last season, and we had a very good time. We spoke and we thought it was very funny, maybe, to do a little citation of the series that is coming out soon in the show. It’s always great to have a little accident like that in the styling, like if the girl has kept her T-shirt from backstage in a way, and so Stranger Things… I think it was one of the most wanted clothes backstage by the girls,” Ghesquière told Vogue.

The tribute t-shirt featuring a poster of the show was unfortunately the only reference to the show in the runway collection; but if LV wants to give us a Stranger Things capsule collection, we’re here for it!