Designers are often obsessed with their pets and so was the most iconic of them all – Karl Lagerfeld. The creative director dotted his beloved cat – ‘Choupette’ with unabashed love and even made her the sole beneficiary of his million-dollar fortune. However, much like himself, his furry friend now rests in peace after passing away last week.

Being Lagerfeld’s only love, the legendary cat deserved a fitting tribute, one being rightly offered by clothing brand – Ironic Lux. The company based out of Europe has created T-shirts entitled, “The Kaiser is Dead, Long Live Choupette” to celebrate the undying bond between Lagerfeld and his cat and how the duo imprinted us with it. The former term- Kaiser is also meant to be a colloquial reference for Lagerfeld who often joked about how he wished he could marry his pet cat – a pedigree Birman. 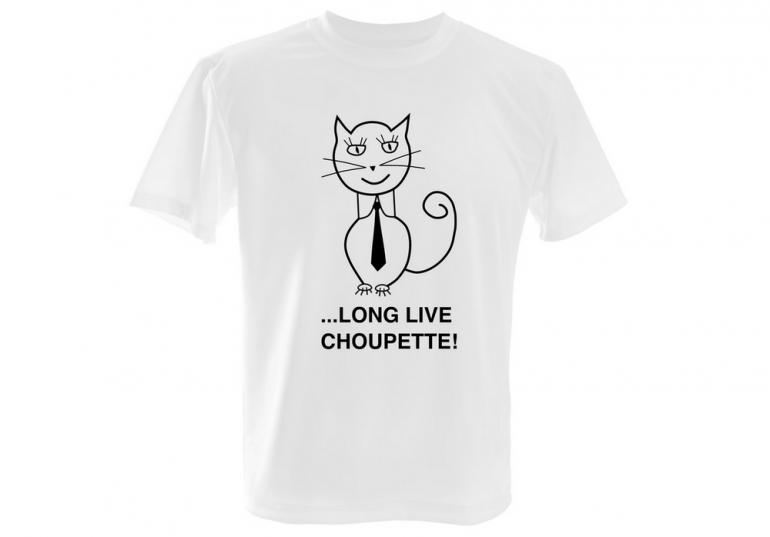 Aimed at being a humorous tribute to the designer, the white tee features a simple mark-up drawing of Choupette wearing Lagerfeld’s trademark high collars and a tie. Commenting on the launch of the iconic wear, designer and owner of Ironic Lux- Nahia del Valle said, “The idea of this T-shirt is to be faithful to the will of Lagerfeld who left instructions to avoid tear-jerking, grandiloquent tributes,” She further added, “I think that making Choupette the main character of this T-shirt is something that Karl would have found amusing, since he always acknowledged being in love with her.” The ‘Long Live Choupette’ tee is available online at Ironic Lux’s official website for €26 (29.59 USD).

Tags from the story
Karl-Lagerfeld, T-Shirt