A fine eye for fashion, it seems, from the house of Tom Ford. The designer has released a special collection of sunglasses and optical frames that looks quite sharp. 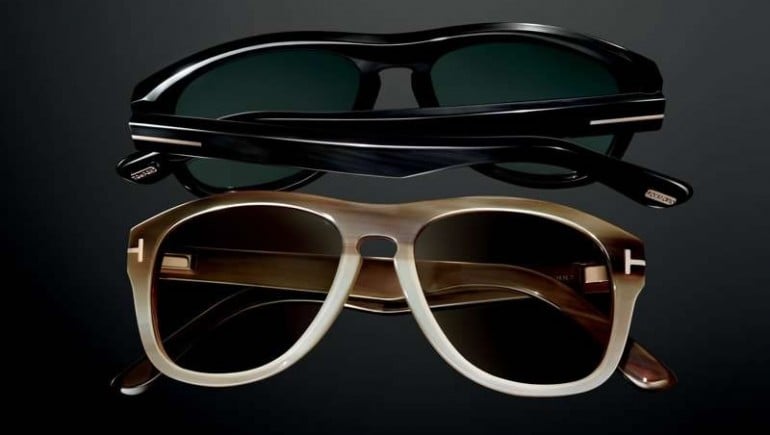 The collection has 11 pieces – because, it has been 11 years since Tom Ford entered into the eyewear industry. Passé are the days of 10th, 25th and 50th anniversaries. Now it is in vogue to celebrate a random anniversary. Like, yesterday was the 5th month that I stopped saying the word ‘hell’. Like that.

The eyewear uses some rad materials such as real buffalo horn, high-grade Japanese titanium and photochromic lenses that darken and lighten automatically, depending on the light conditions. Then there is a Private Collection with five sunglass styles including the TOM N.2, a timeless style made of shiny black or shiny striped green horn and featuring the signature metal T at the temples. TOM N.8 is an aviator-styled design and TOM N.10 too. Then TOM N.4 and TOM N.6 feature Tom Ford signature cross-front frames. The rest, the six Private Collection Optical frames, goes more retro with its classic styles. Like TOM N.5 which was made iconic by Colin Firth in “A Single Man.”
The minimalist TOM N.11 is from the last season, a horn version of the geometric frame pictured in the previous TOM FORD Autumn/Winter 2015 Eyewear campaign. The new Tom is TOM N.9 which is a subtle and ultra-wearable glass made of striped dark brown horn with light green lenses. So many peaking toms here. Apparently these are frames that the designer frequently wears, and some which he ‘designed for himself.’ Now he assumes, and hopes and prays that the rest of the world follow suit and fan his ego. His style, fan his style.

Tags from the story
Eyewear, Tom-Ford