A while back, Versace made a fitting tribute to the creativity and the undying aura of its creator – Gianni Versace, at the spring 2018 runway show. The event that accorded perfectly with Gianni’s 20th death anniversary displayed breathtaking ‘Vogue’ and ‘Pop Art’ prints, which could not have been missed at any cost. The brand is now set to imbibe the master designer’s aesthetics in an exclusive line of T-shirts. 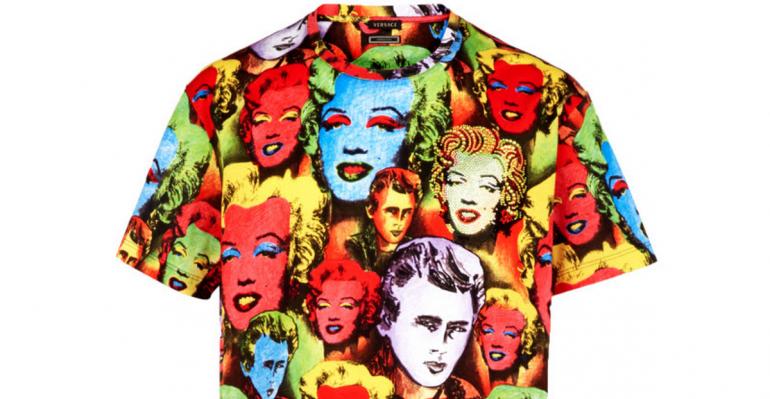 Christened as the ‘Versace Tribute’ collection, it is a ‘t-shirt only’ ensemble with emphasis being on prints and motifs of yesteryears. It celebrates some of the most iconic styles that were created by Gianni back in the days, by incorporating them in eclectic new forms on t-shirts. In total the collection comprises of five unisex styles, each featuring the following prints: “Vogue – SS 1991”, “Pop Art – SS 1991”, “Trésor de la Mer – SS 1992”, “Wild Baroque – SS 1992” and “Native Americans – FW 1992”.

While the “Trésor de la Mer” snips a Mediterranean take on a Renaissance motif, the “Native Americans” and the “Wild Baroque” gives us an insight into native American styles and baroque prints with feather, crystal and animal patterned embellishments. The T-shits further adorn two labels that represent the name of the print and the capsule collection, both on the inside and outside. The exclusive ‘Versace Tribute’ collection is currently retailing from $750 to $995 at select outlets and online.

Tags from the story
Versace