It seems like the latest trend of the decade is to “bling up” up our technology in sometimes the most fabulous way possible; with diamonds, gold or crystal. The Sony Playstation has undergone these changes as well and I shall always wonder why anyone would dress up a gaming console with Gold or some such outlandish material when special edition gaming-related options would make more sense. But one can’t quell the need for the wealthy or hardcore gamers to own expensive and exclusive items of all kinds. 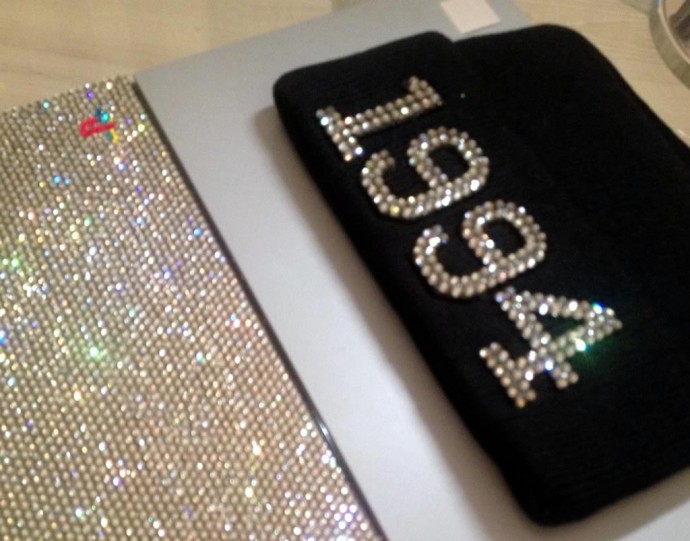 Now here’s someone who owned a rare limited edition 20th Anniversary PlayStation 4 (one of the 12,300 units made) and decided to put up on sale on eBay… after customizing it gold Swarovski crystals! The going price for this “special-special” edition console is $3000 (£1999). This is not the first time a PS has undergone this kind of treatment – back in 2008 a PS3 was customized with Swarovski crystals and sold for a whopping $140,000. In 2009 a 24K Gold Plated PS3 Slim sold for $5000. And most recently, to mark their 20th anniversary, Sony sold a special edition PS4 (No. 00001 of a limited edition series) that auctioned for $129,000; the proceeds were donated to charity.

So Sony’s consoles have been bling-ed to death and it won’t stop the next generation from doing it again. As for the recently showcased PS4, the seller had this to say – “It’s STUNNING to look at, very sleek and would be an amazing show piece as well as a usable and totally functional console unit for anyone looking for a completely unique piece of PlayStation history or an amazing gift!”

READ:  Mini Cooper is styled into a high-tech entertainment console

Inspired by seagulls, this 148 feet long trimaran concept runs on hydrogen and is as…

From turning a $6,000 loan into a $1.2B company to running a bikini-body training company…