For almost 20 years, Alienware’s USP has been making gaming computers that have radical designs in addition to their benchmark-setting performance figures. Alienware has always churned out desktop cases that appeared to be from another world, but in the last few years the design of their flagship model has only received minor updates in the form of subtle nips and tucks. But the new 2014 Alienware Area-51 desktop gaming system has received such a radical make-over that it is arguably the coolest we have seen from the company in a long while. Dell says that the new flagship gaming system has been designed for state-of-the-art performance, scalability and ease of use. Built around Intel’s latest Extreme Edition Core i7 processors, it is capable of supporting three full-sized video cards for 4K gaming visuals. 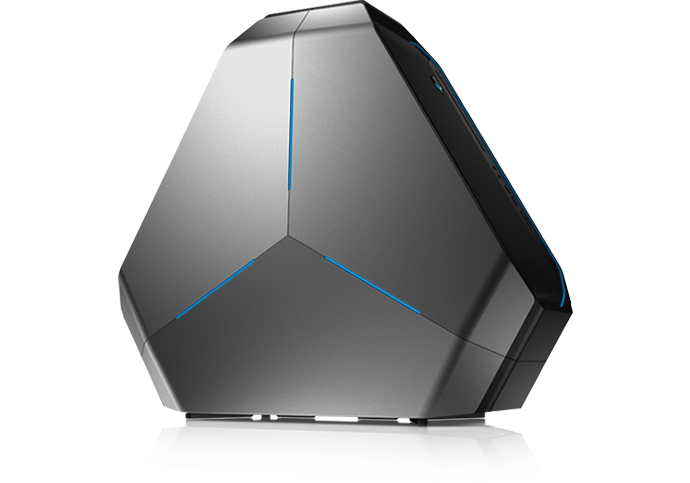 The traditional tower shape the Area-51 has had for many years has been replaced by a new spaceship themed shell that features a new chassis which Dell is calling the Triad. The trapezoid shape is not only eye-catching but is also very practical from the gamers’ perspective – the design itself has significant thermal and mechanical advantages thanks to its new shape. Angled front and back panels mean the optical drive and ports are easier to access too. It comes paired with a new motherboard chipset, called X99, that promises to support DDR4 RAM. We don’t have word from Alienware on price just yet but availability is set for some time in October. 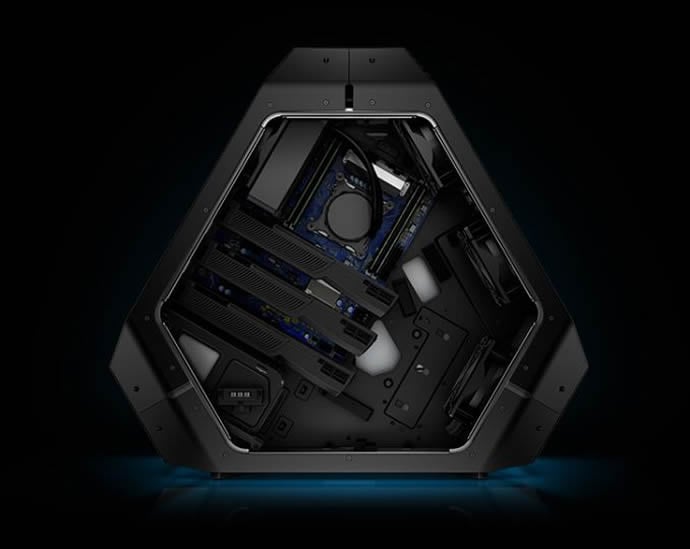 Tags from the story
Gaming-Accessories