So the wait is finally over and Apple has pulled the wraps off the two new iPhones and the much anticipated iWatch which was shrouded in mystery unlike the two Apple smartphones. Both the versions of the iPhone 6 launched yesterday by Apple are considerably bigger than their predecessor, which was definitely not a secret all this while, and it somehow reminds me of Steve Jobs saying “big phones will never sell and Apple will never make them.” The two new iPhones are an admission by the brand that size does matter and Apple is going with the latest trend in the market. The iPhone 6 has a 4.7-inch display that is quite a bit larger than the 4-inch screens on the iPhone 5 and 5S. And, as you can guess by the name, the iPhone 6 Plus is bigger still, with a massive 5.5-inch screen. The iPhone Plus is Apples entry into the phablet segment competing with the likes Samsung’s 5.7-inch Galaxy Note. But the two new iPhones are a lot more than just the bigger sized displays and it would be appropriate to call them pocket computers rather than smartphones. Here, we are going to talk about the larger variant of the two, the iPhone 6 Plus.

Gone are the straight edges seen on the previous iPhones and instead both the phones have a new body design with rounded edges. The change in design may look good, no doubt, but the rounded body appears quite similar to many Android phones we have seen in the recent past. The back of the iPhone 6 Plus is made of anodized aluminum and the stainless steel frame of the phone ensure its rigidity. The phone weighs 172g and measures 158.1 x 77.8 x 7.1 mm. The iPhone 6 Plus is built around a 5.5-inch IPS LCD display with Retina HD resolution of 1920 x 1080 pixels or, in other words 1080p. This has bumped up the pixel density of the screen to about 400ppi and in fact Apple has even tweaked the iOS 8 to take full advantage of the larger display. But, the iPhone 6 Plus appears to have the same 16:9 aspect ratio as the iPhone 5S and 5C from last year. What it means is that older apps designed for the 4-inch screen won’t be distorted running on the larger screen. 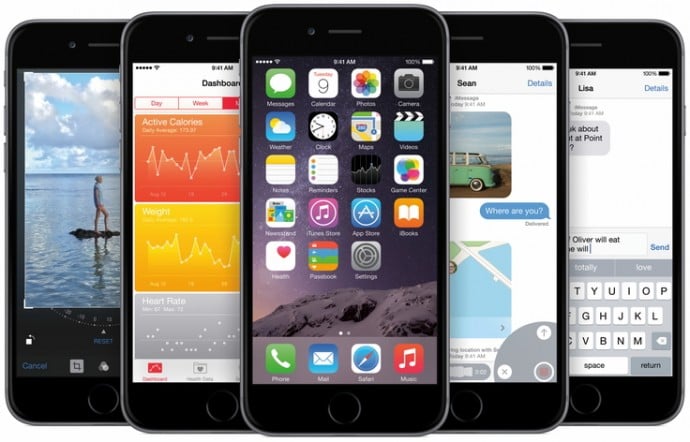 Apple also introduced a new 64-bit processor that will power the iPhone 6 and iPhone 6 Plus both, the A8, which is 13 percent smaller than the A7 from last year. Apple’s Phil Schiller says it offers 25 percent faster CPU performance and 50 percent faster graphics. The A8 is also designed to make the iPhone 6 and iPhone 6 Plus able to run at full power with less heat. The A8 processor is coupled with a new M8 motion chip which is an improvement over Apple’s M7 motion chip from last year. According to Apple, the M8 motion chip can differentiate between different activities, including cycling and running. It can also measure distance traveled and elevation thanks to a built-in barometer. The M8 will especially come in handy with Apple’s HealthKit software, a lifestyle and fitness tracking platform the company unveiled in June that appears as the Health app on the home screen. 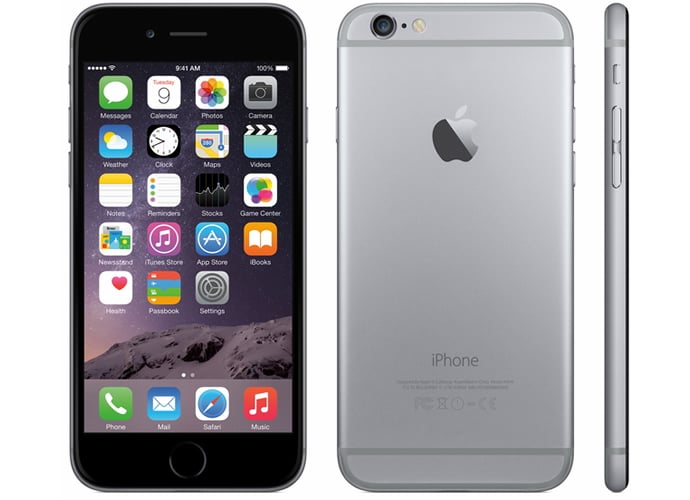 6 Plus has an 8-megapixel iSight camera and an f/2.2 aperture lens paired with the same True Tone flash as in the 5s. The Plus in particular features optical image stabilization. With the iPhone 6 Plus, you’ll be able to shoot 1080p video at either 30 or 60 frames per second, and slow-motion videos at a whopping 240 frames-per-second mode. The front-facing camera on the other hand has been updated with a new sensor. Another new feature in the Apple iPhone 6 Plus is the Apple Pay, an all-new NFC mobile payments system that lets you pay for things with your phone instead of your credit card at checkout counters.

The iPhone 6 Plus starts at US $299 for a 16 GB model, $399 for a 64 GB model, and $499 for an all-new 128 GB model, the largest storage yet on an iPhone. You can pre-order both phones starting from this Friday and in-store sales and shipments start one week later on September 19th, in the US, UK, Australia, Canada, France, Germany, Hong Kong, Japan, Puerto Rico, and Singapore. In the US, both phones will be available online, in Apple Stores, and through all major carriers including Verizon, AT&T, Sprint, T-Mobile.