If you thought that the world was about done with all the gold plated, luxury lined, precious stone studded editions of the iPhone 6, you’d be very mistaken. It’s still just the first quarter of 2015 and along comes Vorsteiner who didn’t want to be left out in the cold. They’ve also announced a special edition of what seems to be the world’s most luxuriously customised phone, in a rich pure gold outer shell that’s been designed by Gold & CO London. This comes soon after Gold & Co’s recent collaboration with Burj Al Arab for their limited edition 15th anniversary iPhone 6 order that was just about a month ago. 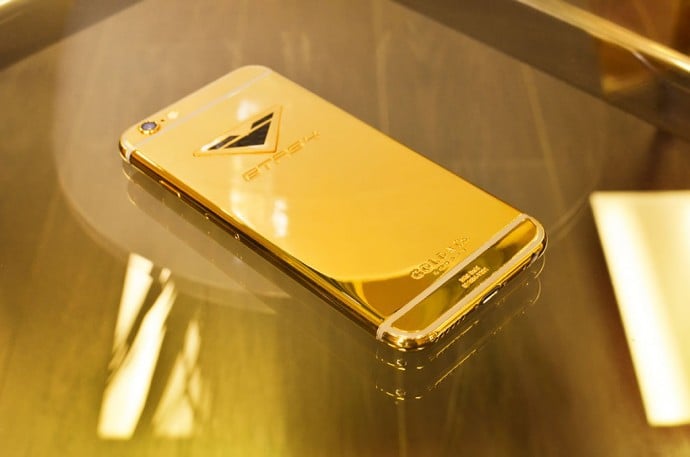 Vorsteiner is essentially a company that specialises in high-end and highly refined parts for what we like to call ‘Class A’ automobiles. They’re known for designing some truly outstanding kits for BMW, Audi, Mercedes, Porsche, land Rover etc. and now they’re also known for yet another gold encased iPhone 6. Bearing the company’s slick triangular emblem at the rear, this special edition iPhone 6 will ship in a masterfully crafted Gold & Co designed box complete with certification. 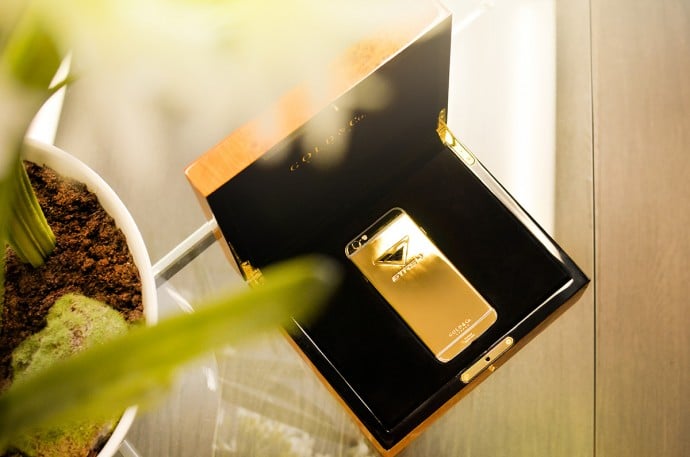 There’s been no price disclosed for the handset yet, then again, we seriously doubt that it would really matter to anyone who decides they want one. Although the Vorsteiner gold iPhone 6 is just one among the many (many) customised Apple handsets to make it out in so far this year, like the Golden Dreams numerous variants or Goldgenie’s Year of the Goat limited edition piece, this one too, just like the others, is quite a stunning device in its own right.