Mickey Mouse turns 90 on November 18 this year and paying a tribute of sorts to the animated wonder are Beats by Dr. Dre and Disney who have together revealed the Mickey Mouse’s 90th Anniversary Edition Beats Solo3 Wireless headphones. On the forefront of the campaign is Lil Yacthy along with British singer-songwriter Anne-Marie, Chinese actress Zhou Dongyu and Japanese pop duo AMIAYA, who have all contributed to the unveil in their own unique ways. 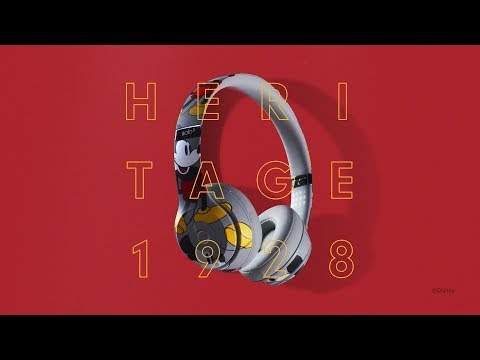 The on-ear, special-edition headphones include the Apple W1 chip and combine the headphones model with Disney artwork, including a gray color scheme with the original Mickey Mouse character design featured on the band and ear cups. They come with a custom felt case adorned with the same design style, as well as a decal sticker and 90th Anniversary pin. Retaining all the features of the standard version, the Mickey Mouse inspired Solo3 wireless headphones feature the fast charging “Fast Fuel” tech for getting three hours of playback after only five minutes of charging.

Commenting on the launch, Lil Yacthy said, “Music and Disney go hand in hand, now they just have the perfect headphones to be an outlet and represent them. I am honored to be chosen for this collaboration; I grew up watching Disney and using Beats headphones. Now I get to represent them both it’s unreal.” The headphones can be preordered via Amazon and will officially be available for purchase onward November 11, 2018 at Apple.com.