Are you a light sleeper easily disturbed by the slightest noise? Does your partner’s snores keep you awake all not leaving you cranky throughout the day? Well, there is good news! You don’t have to stuff your ear with cotton anymore or sleep on the couch, or even catch a quick snooze on your work desk, because Bose has just the thing for you that’ll help you grab a good night’s sleep. Introducing the Bose Sleepbuds, the smart earplugs filters sleep disturbing sounds like snoring, barking dogs, amorous neighbors, and road traffic through isolating eartips and soothing sounds tuned to mask the noise. The audio company chose to introduce them through an Indiegogo crowdfunding campaign, rather than going through the usual route to launch the product commercially, to get real feedback from the users to further improve it.


The smart earplugs use masking sounds that are stored locally on the Sleepbuds, as streaming from a smartphone would affect battery life too severely, Bose says on its Indiegogo page. If you think that these look familiar, it is because the noise filtering earplugs were introduced by a company called Hush, a San Diego-based startup which demonstrated it at the CES technology trade show in early 2016. It turns out that Hush was acquired by Bose and developed the product for itself. In just one day after the 25-day campaign launched, Sleepbuds have sold out at all price tiers, from $150 to $185, on its crowdfunding campaign. At the time of writing, the campaign had earned $443,910 with investment from 2930 backers. It will retail for $250 once it is made available to the public in 2018. Bose said: “We want to improve the way you sleep by helping to keep unwanted noise from waking you or keeping you awake. We’ve teamed with Indiegogo to give you the opportunity to try out a prototype and give feedback on our latest innovation…They’re tiny, comfortable and replace the sounds of busy city streets, noisy neighbors or a snoring partner with soothing sounds to help you fall asleep—and stay asleep.” 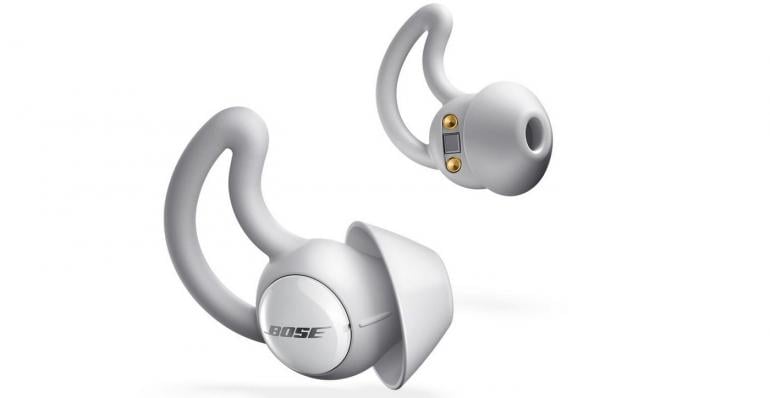 Tags from the story
Bose