Burberry has joined hands with Apple to launch a curated channel on Apple Music, making it the first luxury fashion brand with its own music streaming channel. The Burberry Apple Music channel can be found under “Curator Playlists,” and is meant to showcase Burberry’s collaborations with emerging British artists. The channel will feature performances, songs, films, and playlists from British artists of the past and present as well as content from brands and media sites like GQ, Wired, Pitchfork, and Rolling Stone. 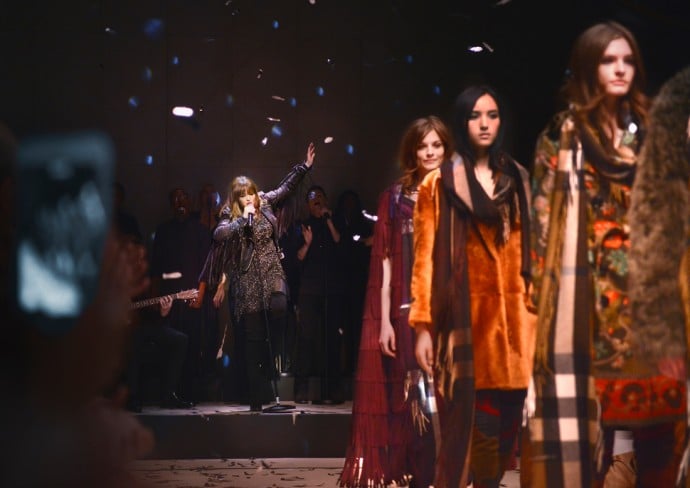 The channel will also support the Burberry Acoustic campaign, which is all about new British music talent. Burberry has an entire music team that works on Burberry Acoustic in order to pair artists with record labels. The Burberry Acoustic platform was founded in 2010 and offers content via Burberry.com and YouTube. According to The New York Times, going forward, the Burberry channel will feature performances, songs, and films that have come out of Burberry’s work with artists on Burberry Acoustic. Burberry’s channel will launch with a series of exclusive videos from Lilla Vargen, Georgie, Rhodes, and Alison Moyet – the latter of which will include a performance filmed at the Burberry Womenswear show on 21 September in London.
This is not the first time Burberry and Apple have teamed up. In 2013 Apple showed off its iPhone 5s with Burberry during fashion week. Angela Ahrendts, Apple’s current head of retail, was also the CEO of Burberry until the Spring of 2014 when she joined Apple. This will be the first collaboration between Apple and Burberry since Apple hired Ahrendts.