Redefining their existing high-end speaker technology that we saw in their 2011 edition of the Zeppelin AirPlay speaker system that famed British audio brand Bowers & Wilkins had created, the new 2015 announced Zeppelin Wireless still floats as a state-of-the-art piece of audio hardware. While it may have the looks that resemble the previous model, it’s what lies underneath the hood that will set it distinctly apart from its older sibling. 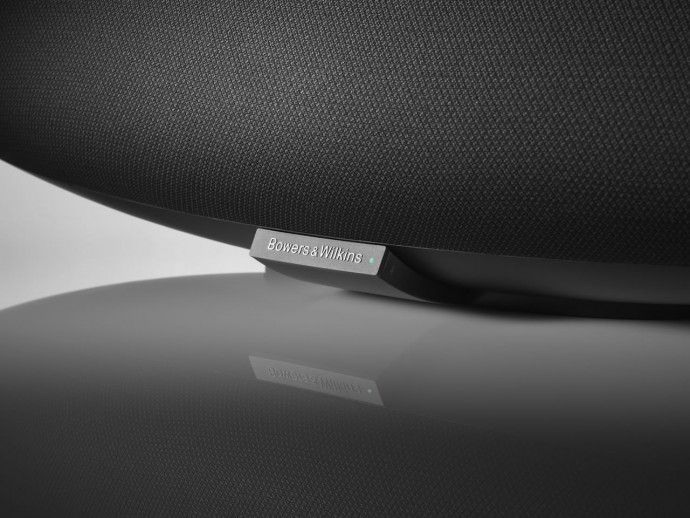 The primary design of the Zeppelin is to provide a room with captivating sound quality without occupying too much of space. Thanks to its array of speakers that includes a subwoofer, a 6.5-inch driver and an ultra-long voice coil, decoupled double-dome tweeters and FST midrange drivers, the Zeppelin Wireless is quite capable of dishing out deep bass and clear cut tones even at high volume levels. The design has also been given a few upgrades like a new reinforced cabinet with a front fascia that’s 50% thicker than the older edition. And just to make sure that the audio emitted from this unit is as good as it can get, Bowers & Wilkins have also utilised glass fibre ribs to help strengthen the cabinet and keep it free from vibrations. Add all of that to Digital Signal Processing (DSP) that’s now at twice the power of what came before and you’ve got yourself a mini powerhouse of a system.

This suave looking bookshelf speaker system has left the Apple dock style set-up behind and envelops a more worldly approach to wirelessly connected technology. Connectivity features include Airplay, Bluetooth aptX and Spotify Connect, all of which can of course be easily accessed via your smartphone app or a PC/MAC.

With a price tag of $699.99 the all new Zeppelin Wireless from Bowers & Wilkins is not inexpensive, then again, its specifications and the company’s reputation could quite easily justify the number. The speaker system will be available via their online store and in other retail locations this October.

Tags from the story
Bowers-and-Wilkins, Speakers