In what one can consider an “epic” video game slash franchise boost, big game publishers from the Far East, Namco Bandai, have launched a fantastically immersive arcade game for Star Wars called Battle Pod. It’s not based on some Virtual reality gimmick or 3D console based gaming ideology, but takes old-school pod based arcade gaming to a whole new level. 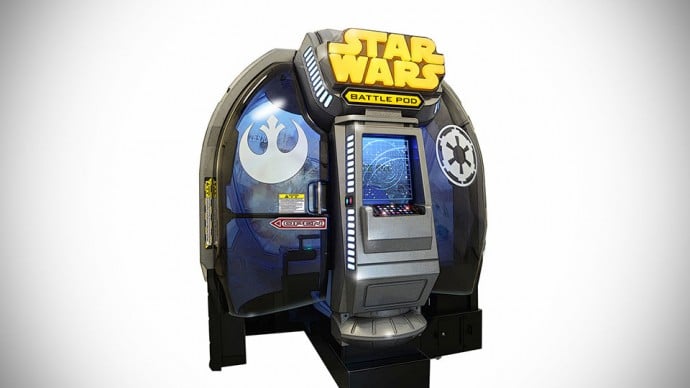 From the arcade cabinet to the control system, the Star Wars Battle Pod puts the player right into the heart of the battle be it on the forest moon of Endor or battling with Star Destroyers and Tie Fighters protecting the Death Stars. Set in a first person perspective, the dome screen gives you a very realistic feel of being a part of the original epic movies that some of us grew up with and later generations have grown to appreciate (irrespective of the prequels). From space dog-fights in an X-Wing fighter facing off against the Imperial army and zipping through dense foliage of the Forest moon of Endor on Speeder Bikes taking on Biker Scouts, to flying snowspeeders between the gigantic legs of AT-ATs on Hoth, the game is quite remarkable and looks extremely entertaining. 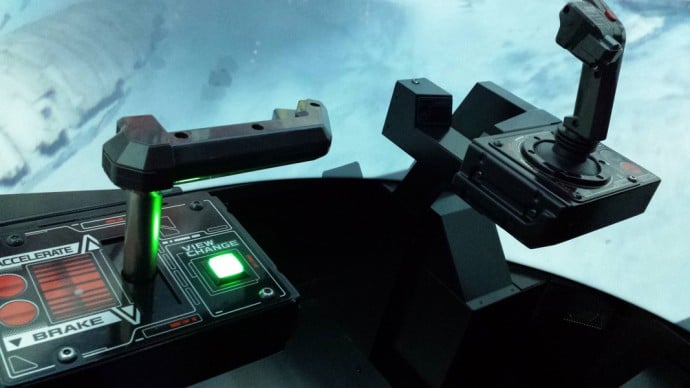 The Battle Pod is available in two distinct variations – Rebel Alliance and Darth Vader editions. Each feature superb art work and graphics and are fitted with comfortable moveable leather seats, special carpeting and also ship with a detailed owner’s manual. The cherry on top is the specially mounted plaque that will not only include the editions number but will also get a little more exclusive by featuring the owner’s name as well, which is also included in the game credits, just to make it more interesting.

If you’re in Japan you can purchase one of these special collector’s edition Star Wars Battle Pods for about $98,000 (12 million yen) that includes all trimmings. In case that price tag seems a little too heavy, you can also opt for the less customised and definitely more reasonably priced standard arcade game cabinet that goes for about $37,000 (4.6 million yen). Naturally it won’t seem as impressive but why nit-pick. That being said, I think it’s about time I opened a Star Wars savings account, let’s just hope I can reach the $100,000 mark before the special editions are all sold out.

READ:  This Japanese brand has created a luxury bag for carrying your snowman