The Russian president Vladimir Putin is quite a popular individual and especially with the iPhone toting community. On this, his 63rd birthday, Caviar, the Russian jeweler and luxury iPhone modifier, has released their second iteration of what’s being called the “Putinphone”. The previous version, an iPhone 5S, was launched last year in June with gold plating, a likeness of the President, a Russian coat of arms insignia and the first lines of the national anthem featured on the rear panel. This year’s edition is a little more robust and yet quite as luxurious as what came before and carries the name – Caviar Ti Gold Supremo Putin – which is a customized iPhone 6s. 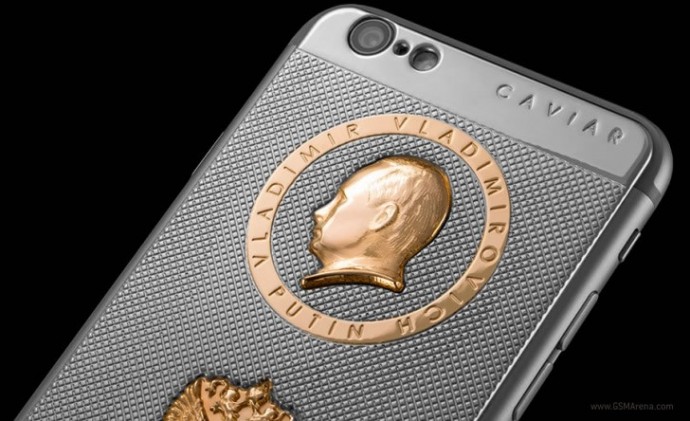 Supremo is actually the company’s brand section that houses some of their more valued items that include those that are dedicated to individuals who have made history in some way. Only 63 pieces of this modified 6s will be produced as a commemoration of Putin’s birthday. The handset has been encased in titanium and gold trimmings. The rear panel, similar to last year’s edition, will also feature a gold rendition of the Russian President’s visage encircled by his name in a gold band, followed by the court of arms and a plaque with the initial lines of the country’s national anthem. The model name – 63 Anniversario Edizione – is carved out at the bottom of the panel. It’s an elegant format and the bright gold on the shiny, textured titanium is quite a contrast but has its design concept based on what the company says showcases the “strong character, strong willed decisions and confident actions of these people that changed the world.” 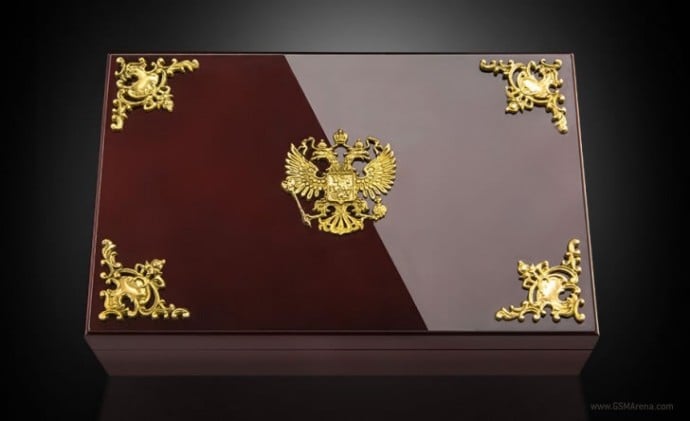 Two versions of the special, limited edition Caviar Ti Gold Supremo Putin will be released – 64GB and 128GB editions with price tags to the effect of $3,174 (RUB 199,000) and $3,334 (RUB 209,000) respectively. The handset will be shipped inside a very elegantly crafted wooden case and will also include a free car charger.