One of the major attractions at the recent International Contemporary Furniture Fair was this beautiful media center that was designed by Geneva Lab. These guys are the same folks who made a snazzy iPod sound system and now this new system is for those living large. Geneva Lab’s rep George Emerson was quoted saying that the company makes “furniture music,” whatever that is supposed to mean! Well, expected to hit stores in October or November, the $3,500 system features four midrange 5.5-inch speakers and two tweeters in the center cabinet, along with a 12-inch subwoofer on the left.

The cabinet is made with MDF, hand painted with 11 coats of either black or white lacquer and features an iPod dock on the top left hand corner. The right hand side holds a cabinet to store A/V components. But then again, the prototype’s grills were very much still in prototype stage. Emerson assured people that the finished product would hold the same high quality grills found on the company’s iPod sound systems. Who would not if they were talking to the press? 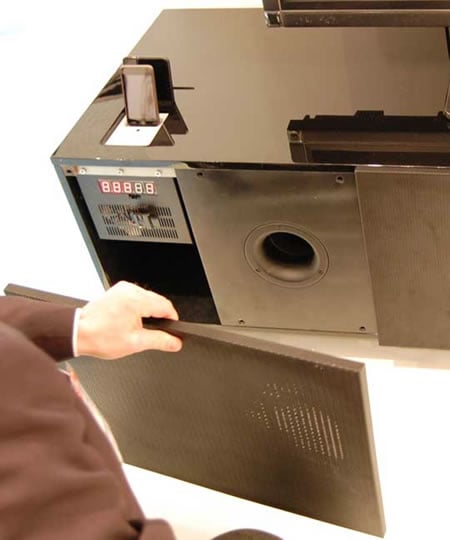 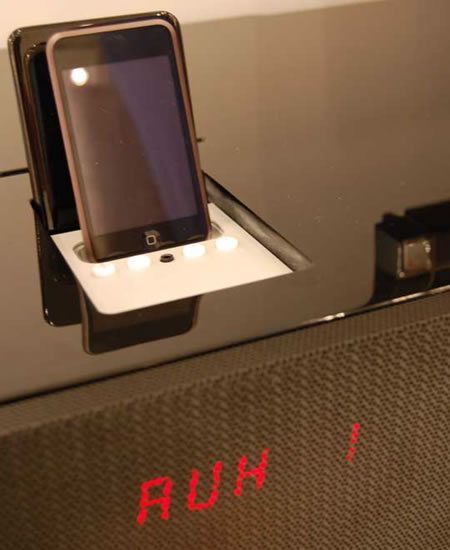 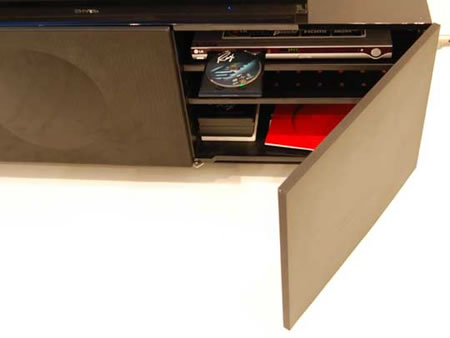