Gold & Co released a set of pictures of their gold-plated iPhone 5S – and promised to release more high-resolution images in a few days — while claiming that all the other companies are floating photoshopped images. The company will unveil their gold, rose gold, and platinum-plated iPhone 5S at The World Luxury Expo that kicks off on 27 September at the luxurious Emirates Palace Hotel, Abu Dhabi. Pricing has not been confirmed by Gold & Co. Still, the company has confirmed that each limited edition iPhone will be individually numbered and will come in a wooden box with a certificate of authenticity. 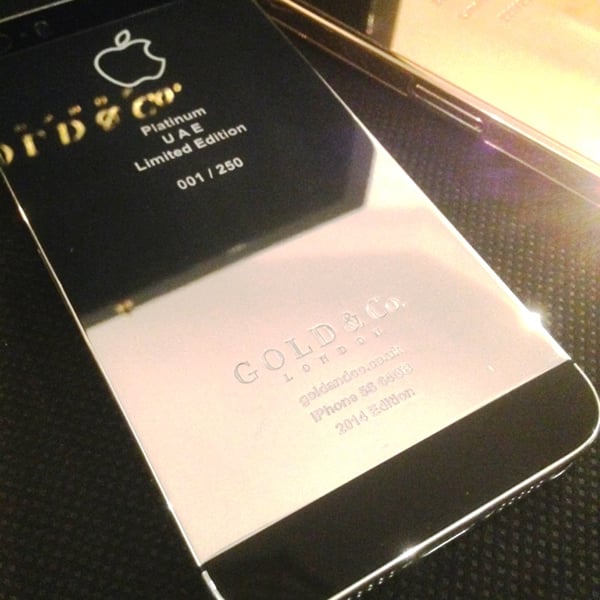 Subsequent to its unveiling at the World Luxury Expo, the limited edition iPhone 5S will be available at the authorized Gold & Co dealers across the world, including Collector’s Palace in Dubai Mall, Evolve Lifestyle Group in India, Damas Jewelers (UAE, GCC, and the Middle East), etc.