A couple of months back, the social media was set abuzz by a video of flying hoverboard that popped up on the YouTube. Much to everyone’s disappointment, the video turned out to be fake; but now there is a real flying hoverboard that does levitate like the pink hoverboard from the classic “Back to the Future II” and it’s up for pre-order. The working hoverboard prototype was recently revealed, taking another step toward making the long term fantasy into a reality. A small California-based tech company called Arx Pax is the one behind this flying hoverboard which has been named Hendo. Named after founders Greg and Jill Henderson, the Hendo hoverboard utilizes a proprietary technology called Magnetic Field Architecture, similar to the core principles that run magnetic levitation trains. 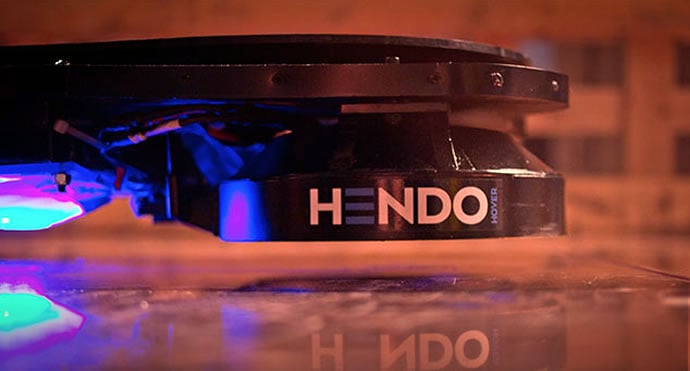 Expectedly, the Hendo hoverboard in its current form can’t be used like the Back To The Future flying board to travel seamlessly. It just glides over a ferro-magnetic conductor without any proper steering system taking it wherever the momentum takes it. Nevertheless, it’s not only the first real hoverboard but also the closest to the magical pink Mattel board than anyone else has gotten. It can be pre-ordered for $10,000 and the delivery is expected for October 2015. Find it too pricey? You can pledge $100 for the kickstarter campaign for Hendo and get a secure a 5-mintue ride on the thing.