Although Gold plated smartphones are all the rage amongst the wealthier lot, companies that specialise in fabricating these devices, companies like UK based Goldgenie, are quite particular about the handsets chosen for fabulously premium make over. Of course they’ve also dabbled in bicycles, single wheeled electronic personal transport solutions, the Apple Watch and of course the many , many iterations of the beloved iPhone which includes the $3.3 million Royal iPhone Collection. The latest gadget to go through the Goldgenie makeover is HTC’s One M9 high-end smartphone. 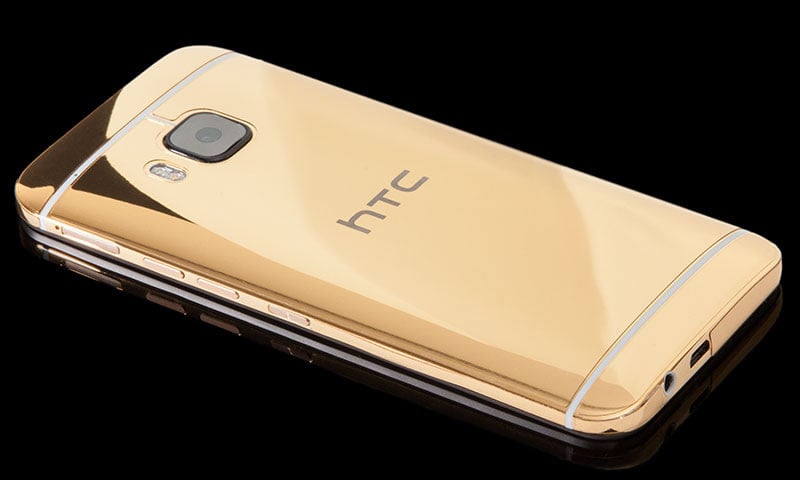 Embellished in 24k Gold, One M9, a significant feather in the HTC’s cap, has been customised by the company and will ship inside of a gorgeous cherry oak jewellery box with its accessories. The box itself could be laser engraved with a symbol or a name for a personal touch or to be presented as a customised gift for that certain someone who has everything and when you’ve run out of ideas for presents. 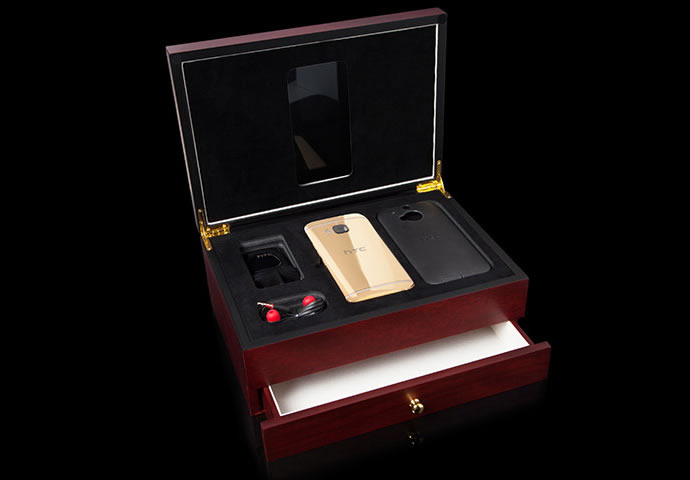 The One M9 is quite a powerful smartphone and has its fan following even without the glitter and gold. Featuring HTC’s BoomSound with Dolby Audio, a 20 megapixel camera that’s been specially customised for the selfie crowd, a 5 inch full HD display, 32GB of memory and all the little Android goodies the company could sprinkle into the hardware, the handset is quite the contender in the high-end Android smartphone arena.

Laban Roomes, CEO and Founder of Goldgenie Global stated, “I’ve dealt with a lot of phones in my time and was extremely impressed with HTC’s latest offering. Its high speed processor and front and back cameras are excellent and it just feels great to hold in your hand and of course it had to get the Midas Touch treatment”.