Looking to give your swanky new iPhone 5 a Russian touch? Jewelry studio “Sun & Moon” has recently given the newly launched Apple phone a touch of luxury, unlike any we’ve ever come across before. Called the iPhone Russian Federation, this version of the iPhone 5 is available in two versions, the Kremlin Editional and the Diamand Editional. While the Kremlin uses golden threading on a hard Ebony surface, the Diamand is available with a choice of either black or white diamonds, which are used to adorn the phone.

And that’s not all! This special edition iPhone 5 models also keep away the traditional “Back” button, making way for a hand-cut natural garnet in its place! Symbolizing friendship, love, and gratitude, the garnet is eye-catching and makes the phone a piece of jewelry! And that’s not all! The iPhone Russian Federation also includes an eagle made ​​of gold. Lay your hands on one of these exceptional smartphones, given a dash of luxury for $12,500 apiece! 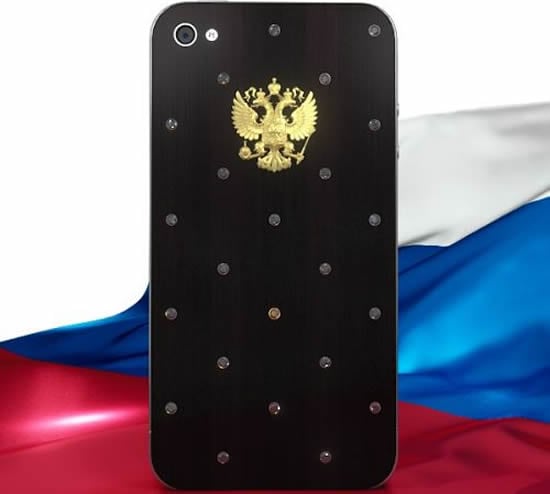 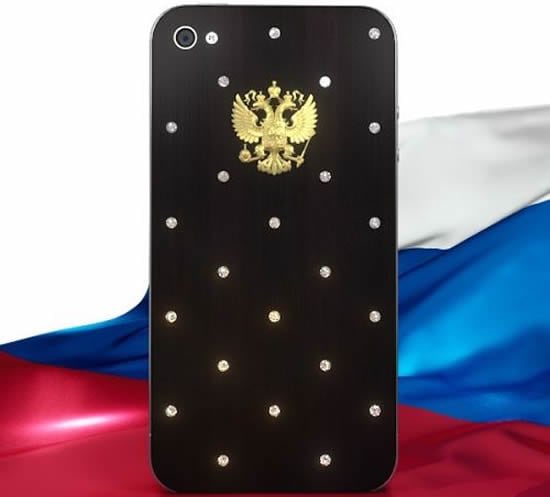