While many quirky Xbox consoles have been unveiled in the past, like the 24-carat gold plated one we recently debriefed upon, the newest editions are a luring quirk haven for car enthusiasts with their Mustang and Lamborghini styled designs. In welcoming the newest buzz in the car gaming world- The “Forza Horizon 3”, the Xbox France and Xbox Australia consoles have been recently unveiled for fans worldwide. 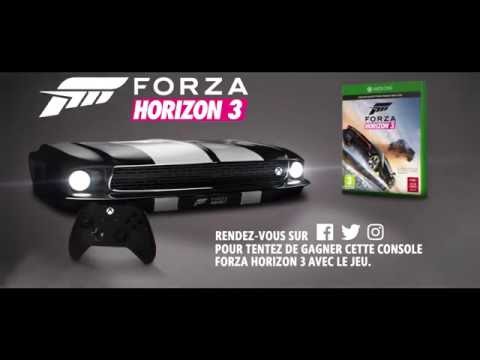 While the France version has taken on a Ford Mustang look by replicating the car’s headlights, bumper, grille, and the same basic hood shape, the Australian version is inspired by the Lamborghini Centenario by identically displaying the car’s logo and gunmetal appearance in a distinctive black shade. The Ford Mustang console that perfectly duplicates the front of the car, is up for a free win for all those who like, comment, and partake in its social media dispersion via Xbox France’s Twitter, Facebook and Instagram handle. Similarly, enthusiasts in Australia stand a chance to win the Lamborghini inspired Xbox One S by purchasing the Forza Horizon 3 through the official Microsoft store in Sydney or by furnishing proof of the game’s prior purchase on Xbox Australia’s official Facebook page.

While it’s clear that the Xbox One S console is up for grabs exclusively for Aussies, no clear information has been revealed in the case of the Xbox France version. Recently, the company also introduced the custom Audi Xbox One consoles for giveaways in Germany. With gaming console taking after top-notch sports cars, your virtual racing experience is sure to be enlivened from the word –go!