Oh- la – la….I love these shining LGs. Recently unveiled in South Korea, LG has come up with two latest models. One of them is, Shine that actually shines in gold and slides to reveal a keypad. The other one, Shine Folder, shines in pink hue with a clamshell feature. Not much is revealed about other techi specs but it is known that the Shine will initially ship for CDMA networks in Korea only. No specific info about the GSM version is yet revealed. 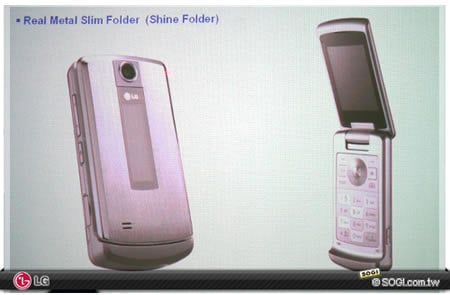 Folks in America can only take pleasure in reading this cause there is no evidence of Shine or Shine Folder making it to the US shores.

READ:  USB Key 4GO is the most exclusive and exquisite storage device