The third and, in all likelihood, most expensive of LG wrist gear, wearable mobile tech, is the LG Watch Urbane, their first all-metal luxury Android Wear supported device. It’s possible that we might have already seen a glimpse of it at Audi’s CES booth where they showcased a smartwatch that was capable of controlling certain features in an upcoming vehicle. 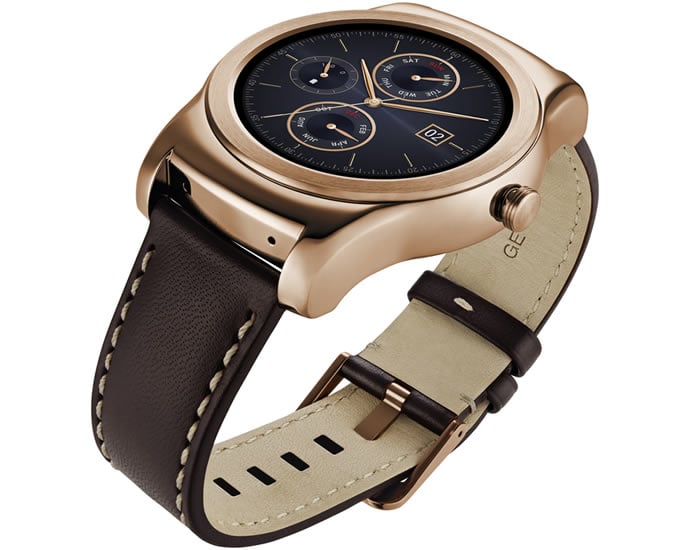 The Urbane is not your run-of-the-mill smartwatch, it’s been designed for a more sophisticated and cosmopolitan wearer. Taking its cue from the LG G Watch R, the Urbane also features a 1.3-inch round watch face with a full circular Plastic OLED (P-OLED) display but with a thinner bezel. It’s a very elegant looking timepiece that could easily fit in with your Cartiers, Bvlgaris, Omegas and Rolexes. The hardware is neatly tucked away into a stainless steel body that will be made available to consumers in two variants – polished silver and a gold finish. To keep things classy and traditional, LG has gone with a stitched natural leather strap than can be replaced with any 22mm wide band. The Urbane also comes fully equipped with a photoplethysmography (PPG) sensor that can measure a wearer’s heart rate and average pulse while exercising. So, you need not take it off if you need to make a “dash” to the gym after a grueling day at the office. It also has an always-on mode set with a dimmed backlight to reduce the wane on battery usage.

READ:  BlackBerry Releases Their Own Black and Gold Limited Edition BlackBerry Passport, All 50 Units Sold Out! 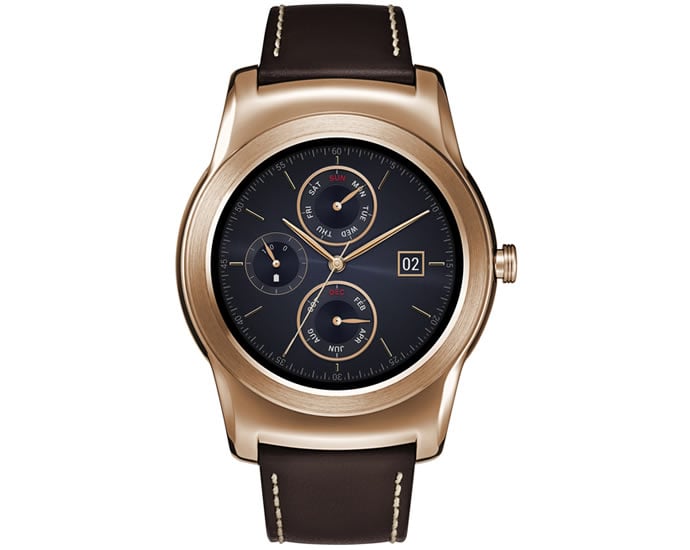 “LG Watch Urbane is an important part of our strategy to develop wearable devices that are worn and viewed as everyday accessories, not electronic gadgets.” said Juno Cho, president and CEO of LG Electronics Mobile Communications Company. 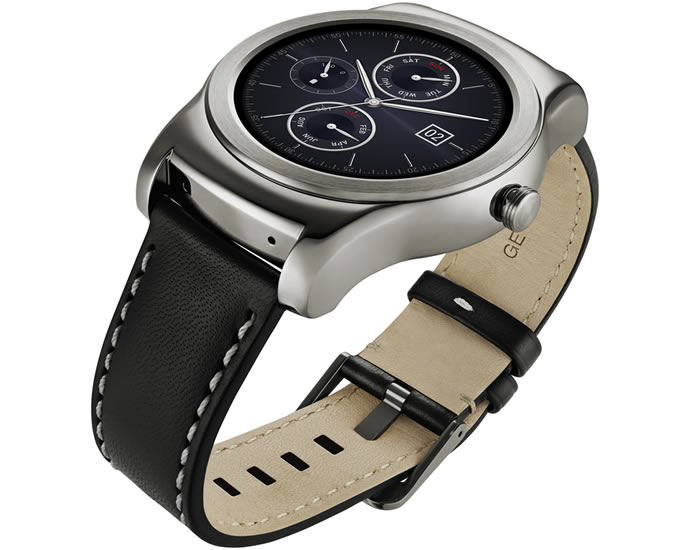 Some of the other features include 4GB of storage (we’re not sure why), a variety of sensors like an Accelerometer, Compass, Barometer etc., IP67 certification which means you can take it into the pool if need be and 410mAh battery which should be quite enough to keep it going through the day. 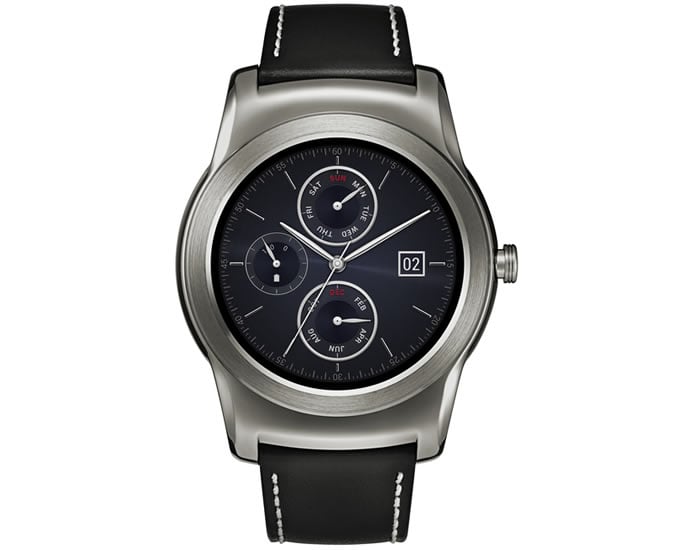 The smartwatch will make its official debut MWC 2015 in Barcelona. Prices should be revealed then too but based on the pricing of the G Watch R, which is around $300; we can expect this edition to be closer to, if not more than $600 (?). What do you think?

READ:  Asus Lamborghini VX2 is on its way