Electromagnetic resonance (EMR) technology has revolutionized the way you doodle, sketch, and write, allowing you to digitize your own handwriting with smartpens and tablets. However Montblanc is now transforming this somewhat mainstream writing technology into something luxurious and sought after with their new Augmented Paper. Designed to be an aesthetically appealing alternative to tablets and other EMR devices, the Augmented Paper contains a notebook and a StarWalker writing instrument. The Augmented Paper organizer itself is made of black Italian leather from the brand’s Urban Spirit and it is this black leather exterior and the pen that actually form the main components of this device as no data can be generated without the leather “jacket”. 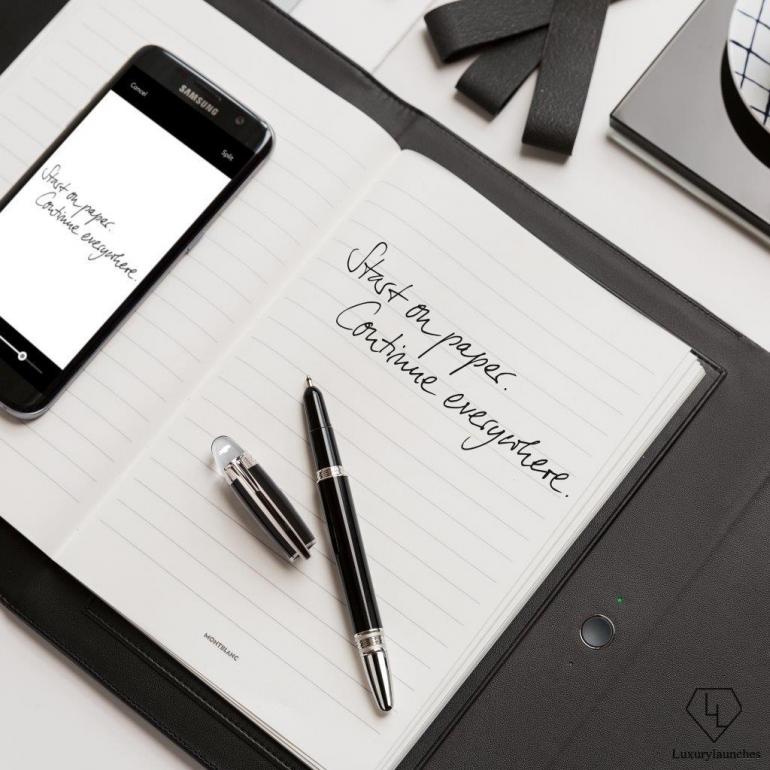 The technology offers features like best-in-class handwriting recognition in 12 languages including English, German, Russian, Spanish, Italian, and Chinese, meaning that notes written in these languages can be easily transferred to a mobile device and translated into digital text for searching, editing, and sharing. You can tag and store your notes on using the Montblanc Hub, an application that also features a note-taking function which can be used independently from the Augmented Paper. 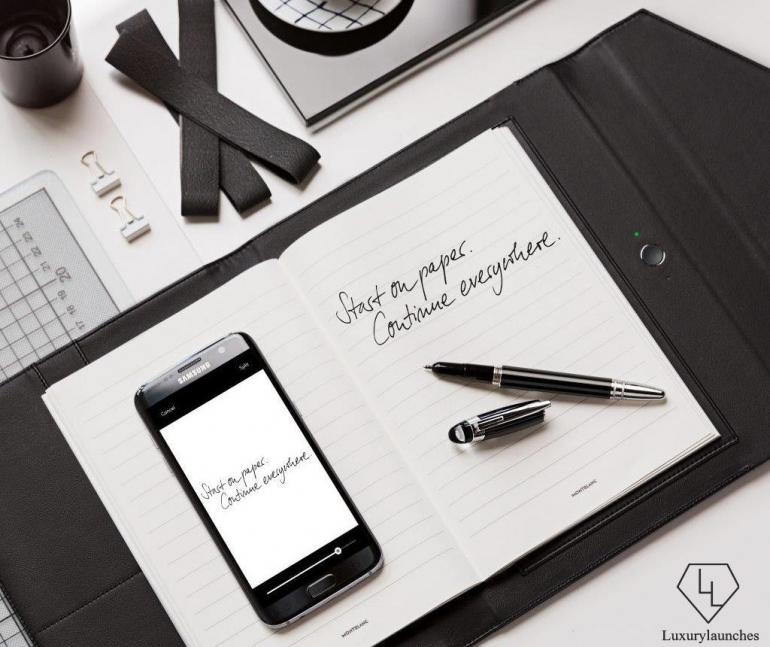 With a battery life that allows up to 8 hours of continuous use and the ability to store up to 100 pages in its internal storage. “Nothing compares to the sensation of writing on paper but in a digital world being able to share work and thoughts digitally has become essential,” said Jérôme Lambert CEO Montblanc International, “Augmented Paper bridges these two worlds with a simple and highly functional product that gives its owners the freedom to unleash their creativity by using a writing instrument and paper, rather than forcing themselves to express thoughts and ideas with mouse and keyboard.” 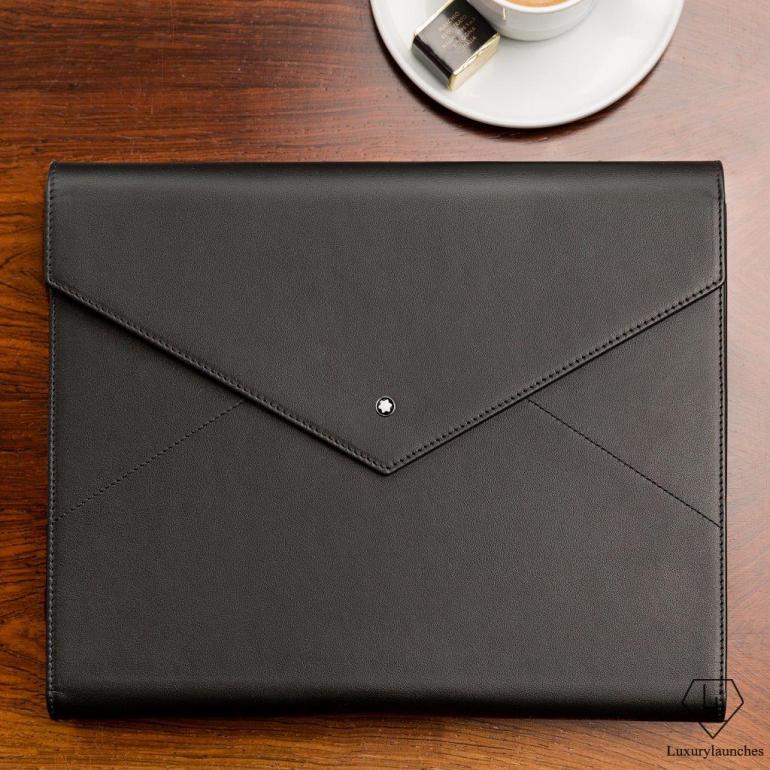 When you buy Augmented paper you get the electronic digitizer, a StarWalker writing instrument, a notebook with lined paper, a USB cable to charge the device, 3 ballpoint refills, and tweezers to exchange the refills. It will be available from October 2016 in Europe, the United States, Canada, Singapore, Hong Kong, and Korea, and from November 2016 as well as in China, Japan, Taiwan, Mexico, and UAE. A Special Harrods Edition will debut on October 1st, 2016.