When I was kid…..say about 25 years ago (did I unintentionally tell my age?), Nixie Tubes were used as indicating devices in things like early computers to aerospace and submarines to the display of the New York stock exchange. But now they have been replaced by the cheaper LED displays. Over recent years their popularity has increased dramatically due to their unusual appearance and historical value. Take a look at the Puhlmann Nixie clock designed by Dutch designer Frank Clewits for design house Puhlmann. To tell time, this retro- clock uses some unique, forward-facing Nixie vacuum tubes that emerge out of the face of a brushed steel plate. 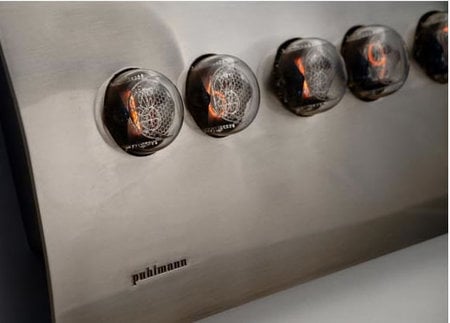 Check out the video after the jump…..

The Puhlmann Nixie clock is currently on sale for € 249,95 (about $343 USD) from Puhlmann’s online shop.
Source

Is Queen Elizabeth the most frugal royal ever? She is worth $500 million, yet she proudly wears a $10 nail polish, saves wrapping paper and even recycles bedsheets