To celebrate its 5th anniversary, OnePlus has teamed up with British performance-car manufacturer McLaren to launch a new special edition version of the 6T. Called the OnePlus 6T McLaren Edition, the special edition smartphone arrives with both aesthetic as well as technical updates to differentiate it from the standard variants. It comes in a McLaren-branded packaging in the marque’s bright papaya orange color. Along with the special edition OnePlus 6T, the box also encases a special orange and black USB-C cable and headphone dongle, a McLaren-branded case, a piece of actual carbon fiber encased in an acrylic block, and a hardcover book highlighting the history of McLaren’s racing efforts. 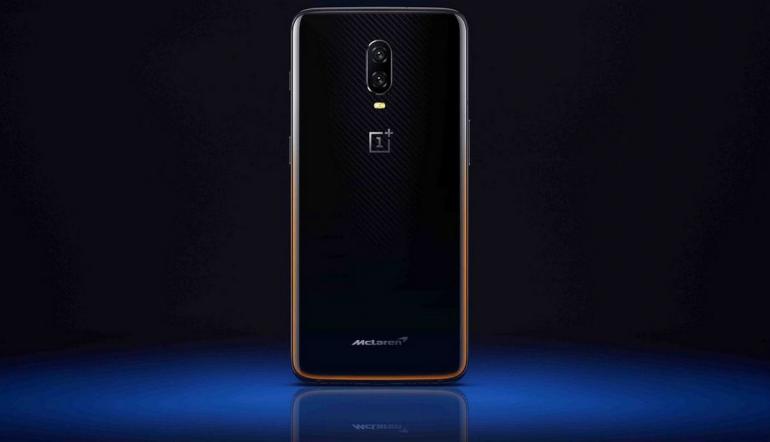 The OnePlus 6T McLaren Edition gets a special black-and-orange finish on the rear. It has the McLaren’s bright orange highlight along the bottom edge of the frame, while the glass-back has a glossy black finish with a carbon fiber pattern weave and the McLaren logo underneath it. The front’s design remains unchanged and has the same edge-to-edge display with a tear-drop notch on the top. On the inside, the McLaren edition gets more RAM. While the standard variants come with either 6 or 8 GB RAM, the special edition has a massive 10GB RAM. In addition to that, it also has OnePlus’ new Warp Charge 30 wired charging that promises to be almost 50 percent faster than the company’s standard Fast Charge (formerly Dash Charge) system. The OnePlus 6T McLaren Edition is available on sale starting today with a price-tag of $699, which makes it the most expensive OnePlus smartphone till date.

Tags from the story
McLaren, Smartphone