Offering well-heeled gamers and gadget junkies a treat is Origin PC, which has created the Big O Desktop. Sure to make your jaw drop to the floor, this latest offering from Origin PC is definitely a class apart. A high-end creation, the Big O Desktop features a double-wide case (the Danger Den Tower 21) and has a starting price of $7,669, while the fully-loaded version can cost as much as $17,000. The CPU, both GPUs, and the motherboard all come liquid-cooled even in the base model. As for the upgrade, PC Origins offers gamers a variety of options from two six-core Intel Xeon X5680 CPUs, two 1,000-watt power supplies, and up to four graphics cards. But here is the best part; Origin has built-in a liquid-cooled Xbox 360 Slim at the bottom edge of the system! Origin says you can play on the console while the PC is working on another task and also adds, “the Xbox ports are easily accessible.”

The awesome Big O desktop which was set to go on sale yesterday, is sure to be usurped by the high-end gamers who are ready to shell out its heft price. 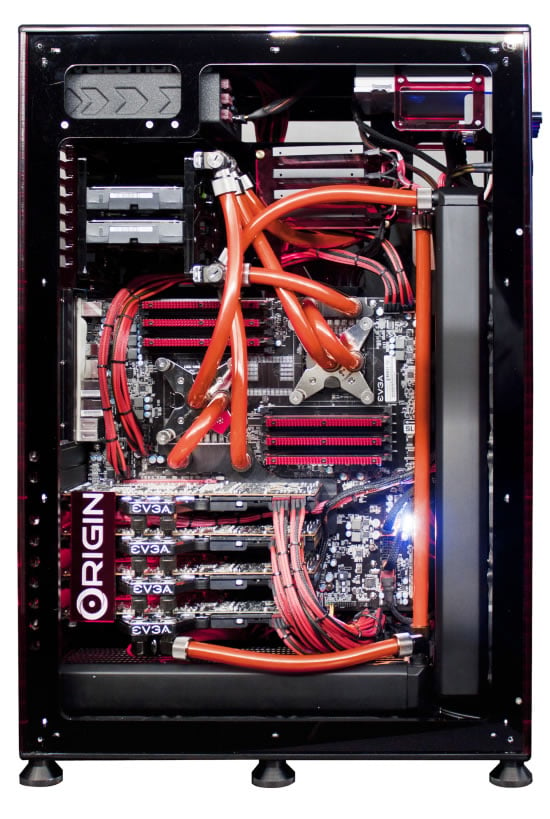 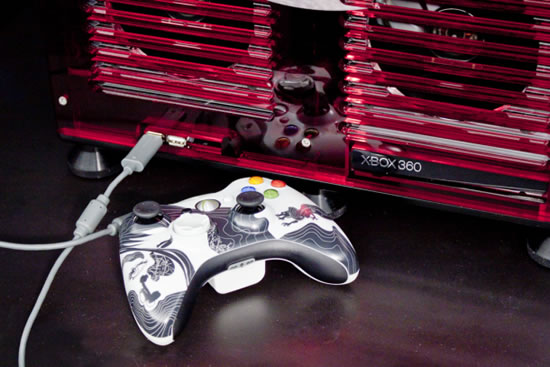 Tags from the story
PC