Brikks has ‘built’ quite a name for itself when it comes to Apple products, especially with regards to upcoming devices that are yet to be announced. In late 2014, the company announced a Diamond Studded iPhone 6 before the handset made its official debut; it was the same for the Apple Watch back in February. And sticking to that norm, a series of Lux iPhone 6s models are already making the rounds from the company prior to Apple’s big announcement.

The company has already announced pre-orders for three iPhone 6s handset to be available in quite a stunning set of motifs – 24 carat yellow gold, 24 carat pink gold and 950 platinum (5.0 microns of gold or platinum) with a variety of diamond alternatives. Aside from the “standard” editions, Brikks is also going to make a few premium devices that would include one with white diamonds making up Apple’s logo. But it doesn’t end there, if you’re looking for the real upper-crust, super exclusive, store-in-a-vault type of option, then you could consider the premium Select and Omni models that would include 50 carats of diamonds “sprinkled” all over the handset. 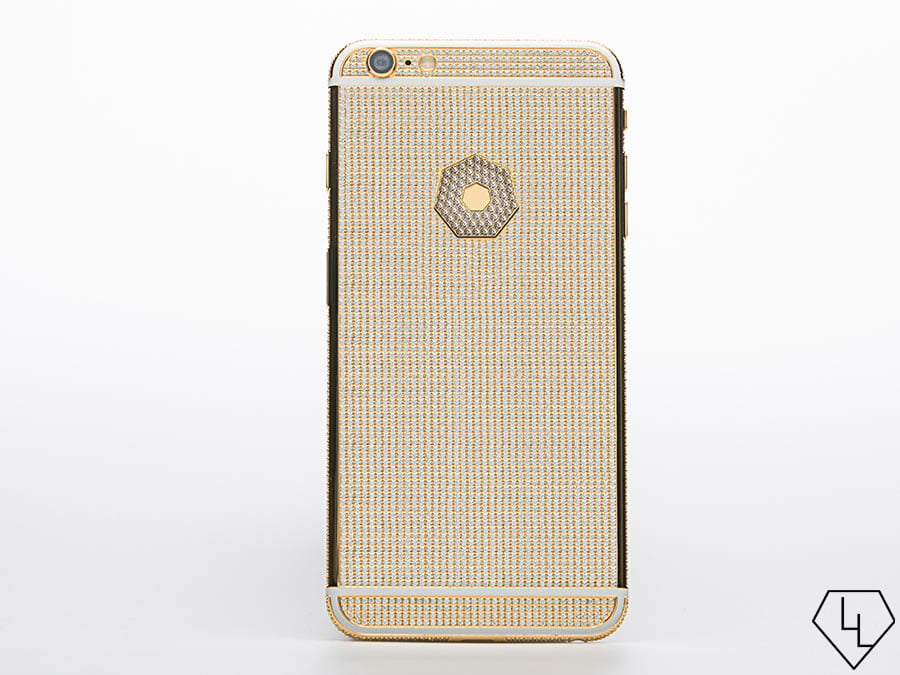 Like other companies that super-customize Apple’s smartphones, Brikks will also disassemble, hand polish and prepare each of their exclusive offerings and plate them with five layers of metals and two layers of precious materials – yellow gold, pink gold or platinum. And of course each handset would be thoroughly tried and tested before being shipped off to consumers. Speaking of shipping, the Brikks Lux iPhone 6s Plus Diamonds Omni device will be packaged in a specially designed Zero Halliburton case with carbon fiber and suede leather lining the interior just to add that little extra TLC for the handset.

Pre-orders are up and the devices range start from a mere $7,995 for the standard precious material encased handsets to about $199,995 for the Diamond Omni models, all of which carry the company’s 1 year warranty. Time to start saving!