If the 105-Inch curved Ultra HD TV announced by LG earlier last week wasn’t too big, Samsung has introduced the world’s biggest UHD television which measures a staggering 110 inches diagonally. Promised by Samsung at the 2013 CES, the Korean company has delivered it a week ahead of the 2014 edition of the show. The Consumer Electronics Show kicks off on the 7th of January in Las Vegas, and already days before it starts, the tech arena is buzzing with interesting news. Samsung launched the giant-sized television on Monday, which brags 4 times the resolution of normal high-definition TV.

Samsung’s 110-inch UHD TV measures 2.6 meters by 1.8 meters and will be available in China, the Middle East, and Europe. Initially, the pricing was kept under the wraps, and the company stuck with the price-on-demand formula, but later it’s pricing for South Korea was announced. The mammoth-sized TV comes with an equally mammoth-sized bill; it bears a price tag of $152,000, which is equal to a 2014 Mercedes Benz S Class and a Porsche Cayman S combined. Before this model, Samsung’s 85 Inch UHD TV was the biggest 4K television which retails for $40k, but the new 110-inch UHD TV absolutely dwarfs its smaller sibling. 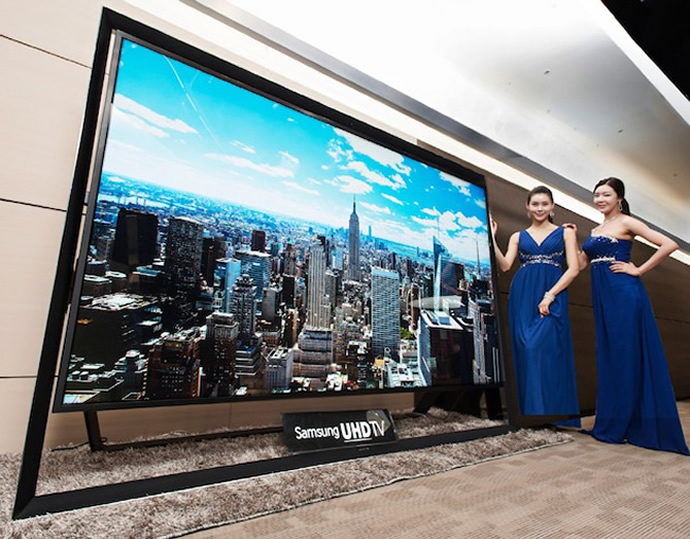 Tags from the story
HDTV, Samsung