The Mobile World Congress saw a number of tech-revelations last night and amongst the many presenters, there was Samsung that unveiled a bunch of new gadgets including a pair of tablets, a 5G equipment and a fresh version of the S Pen Stylus. While the luxe Samsung tablets are no doubt technologically advanced and all of that, they fail to capture our gaze in the way the novel S Pen instantly does. 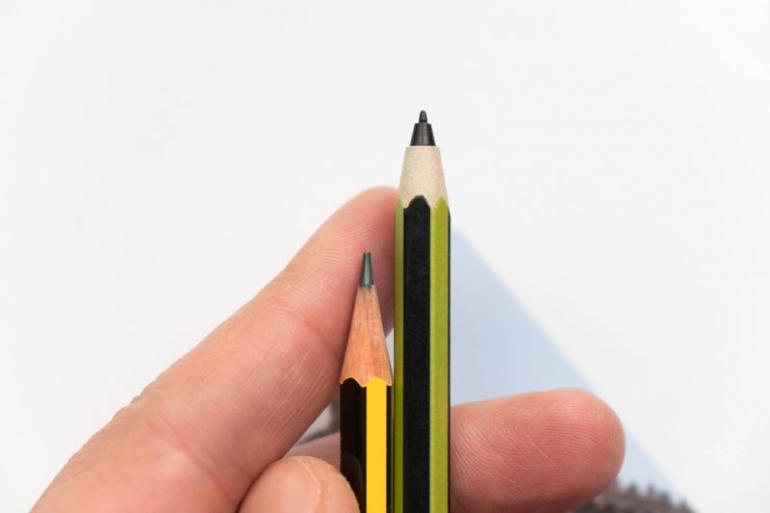 For starters, Samsung’s S Pen will now wear German Pencil Maker – Staedtler’s traditional design, thus pulling on your memory cords almost instantaneously. Quite like its muse, the novel S Pen or ‘Noris Digital’ as labelled by the brand, is built to look exactly like the old school graphite and wood pencil that was lovingly used in school by many amongst us. It also carries the same size and weight and proudly dons the quintessential Staedtler stripes. Apart from its digital framework, the only thing that sets the S pen apart from the traditional pencil is its color. While the customary Staedtler comes in a black and gold combination, the S Pen garbs a black and green look which is further complimented by a defined black tip.

On the technical forefront, the Noris Stylud can detect up to 4,096 levels of pressure sensitivity and can be worked with the company’s new tablets to write and store memos even when the screen is off. While Samsung is yet to reveal anything around the pricing and availability of the new S Pen, we presume that it will sell just like hot cakes on a winter day would!