The last we heard of the Mobiado was in late 2009, when it introduced its luxury Grand 350 pioneer cellphone. The Canadian manufacturer of luxurious mobile phones has now announced its first phone of 2010, which is called the Mobiado Classic 712ZAF and runs on the lines of Mobiado Luminoso series. The classic 712ZAF is a candybar phone and is composed of stainless steel and ceramic coating. The part that adds the luxury quotient to the phone is the Sapphire crystals on the phone’s exterior. The classic 712ZAF is equipped with quad-band GSM/EDGE (850/900/1800/1900) and tri-band WCDMA (900/1900/2100) connectivity, A-GPS, 2.2-inch QVGA display.

It’s other features include “2 microphones for uplink noise cancellation”, e-mail, web browser, music player, 5 MP camera with LED flash, and the ability to “mute and reject calls by double-tapping the phone” Sounds heady, but the last feature could get a little irksome when you don’t intend to do either of the two. The Mobiado Classic 712ZAF will be released in six colors, Black, Black Satin, Silver, Grey, Blue and Red. However, there is no mention of price as yet. 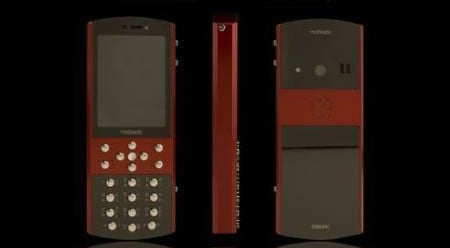 READ:  Rumors point that the iPhone 7 will sport a 5.8 inch curved OLED screen and glass casing
Tags from the story
Crystal-Studded, Mobiado, Sapphire