Would you want to decorate your home with shinny porcelain busts of some of the most hated dictators of the world? No? It doesn’t sound like a great idea right, but how about if the top of the heads are sliced and a speaker is jammed into it? The whole thing turns into an incredible must-buy, after all who doesn’t want a Kim-Jong-un speaker or a Muammar Gaddafi speaker paired along with a Mac. Aptly named the “Sound of Power”, it is a brainchild of conceptual artist Petro Wodkins. The official description reads: “You can use these historic men to play whatever you want, and make them dance to the beat of your drum!” 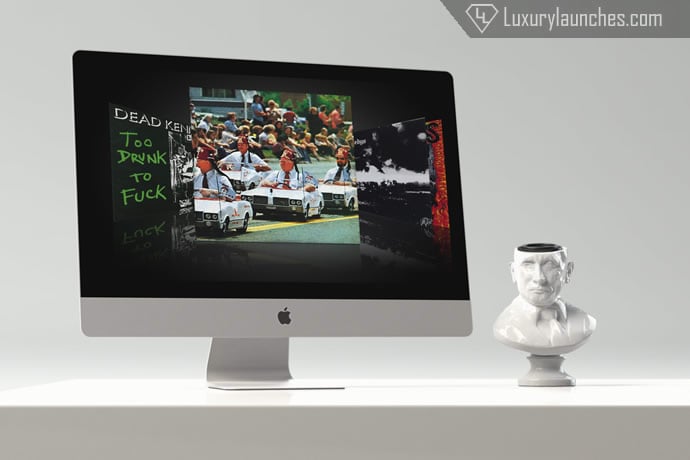 The Sound of Power speaker, or SOP, are available in three different sizes and the collection includes figurines of five dictators who make (or made) his country march to the beat of their metaphorical drums. The names include Vladimir Putin, Muammar Gaddafi, Kim Jong-un, Robert Gabriel Mugabe and strangely Barack Hussein Obama (but some people won’t disagree). Each miniature portrait is crafted with the highest level of detail. The smallest sized SOP measures 25 cm (10”) and is priced at €900 ($1205). It is designed to be used as desktop speakers and according to us is the best in the range. The driver of this SOP is a Fountek FR89EX 3” Full Range. The SOP speakers are also available in 55cm (1’10”) and 110cm (3’7”) sized priced at €2,900 ($3880) and €29,900 ($40,000) respectively. SOP works with any smartphone or home theater system. Equipped with gold platted RCA contact and 3’5 plug the SOP ensures flexible and easy use. The 3’7” Imperial SOP-version is offered in a limited edition set of five speakers and you can even get your own bust made into a speaker available only in that size. The company also gives an option to get it wrapped in 24-carat gold. We have seen quite a few quirky speakers in the past including the skull-shaped iPod speakers and the $6500 droid speakers, but this one definitely tops the list and the idea in itself is pretty darn cool!

Tags from the story
Limited-Edition, Speakers