More news of the Star Wars: Force Awakens front once again talks about the little droid who’s all set to be this generation’s R2D2 – BB-8. The little droid is ‘rolling’ to popularity ever since he graced our screen for the first teaser trailer that was released last year. Aside from that his, likeness has even been plastered across the body of airliners and now, this little guy has his very own, true to form remote control toy that’s ready to hit the shelves. 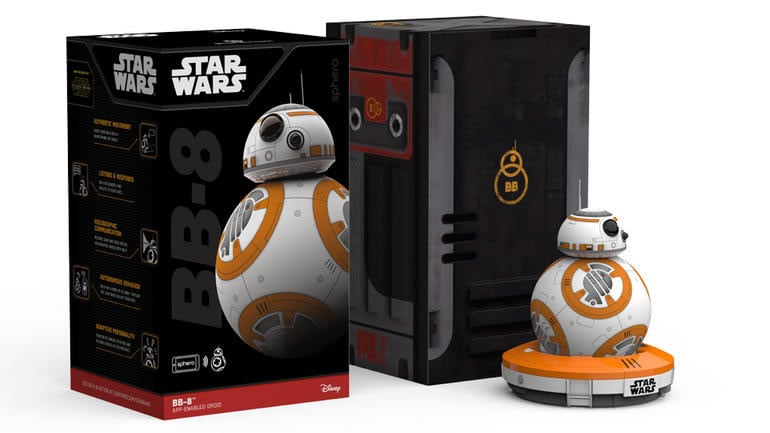 Designed Sphero, the Colorado-based toy robot company, the BB-8 rolling droid is quite a feature rich toy that will have kids and adults standing in line for a piece, and just in case you were wondering, these are the same geniuses who designed a life-size version of the droid for special appearances. Designed to be just a little larger than an 8 Ball on a pool table, this cute little guy can be controlled via a corresponding smartphone app (iOS and Android). But the BB-8 toy robot is so much more than just some remote control plaything; this little wonder also has an autonomous mode that lets him roll around the surrounding environment gathering all kinds of information. An emotion-type setting also lets him learn things and ‘react’ every now and then with sounds. Speaking of sounds, Sphero has also created the BB-8 toy to respond to voice commands, record short video clips and send them to your smartphone in a sort of Augmented Reality form, making it look similar to the ‘You’re our only hope’ holographic message Leia sent with R2D2 in ‘A New Hope’. The absolutely best part about this toy is the learning curve that helps the droid “evolve” the more you interact with it. Of course we’re not talking about some sort of AI system here but I’m sure it’s going to be good enough to be quite entertaining. 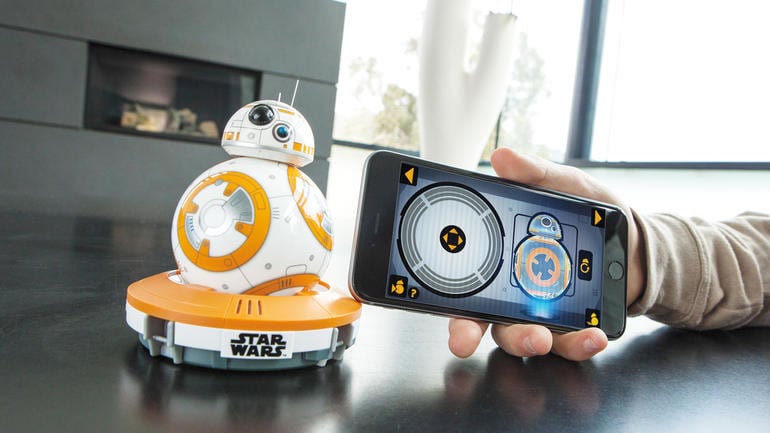 Using a variety of gyros, gears, wheels and all sorts of electronics that not only help to keep the little droid always upright and keep his head on straight, the company has also made sure that it doesn’t look or feel like a cheap plastic toy, but something more sophisticated. Due to restrictions imposed by the studio, seeing as the movie is yet to be released and BB-8’s true part has yet to be revealed, Sphero hasn’t been able to do too much in terms of creating games/missions for the toy. 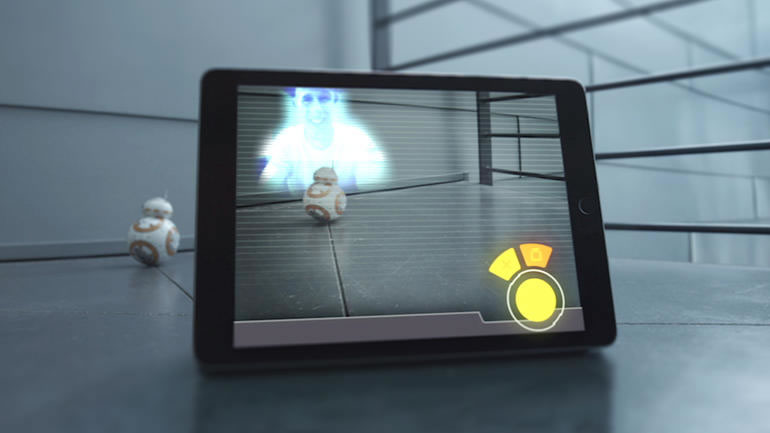 At $150 the Sphero BB-8 toy is most certainly on my Christmas Wish list just in case I’m unable get one any sooner. So far the reviews making their way around the net-space are that this toy is one to start saving up for. The box ships with the BB-8 droid and a thematically designed wireless charging cradle to keep him ready to roll at all times. The little orange rolling robot has garnered quite a bit of a fan following and is no R2 but looks like he’s gunning for his spot on the galaxy’s walk of fame. This is just one of those items that warrants the ‘Shut up and take my money’ catch phrase. 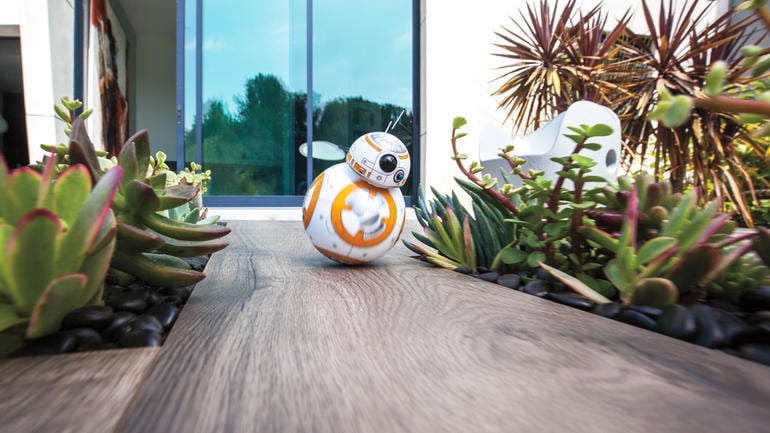 READ:  Original Darth Vader suit is the most expensive Halloween costume in the world