Steinway Lyngdorf’s Model D, a first of its kind, is fully digital, integrated sound system. The stereo set has been built especially keeping in mind music enthusiast, a value for money system that is a perfect concoction between modern and contemporary designing and superior sound quality. In short, the Model D is a combination of state of art innovations in sound reproduction with unprecedented aesthetics.

The Model D stereo system from Steinway Lyngdorf itself is a benchmark achievement by the brand. It comes well-armed with features as in-built Fully Digital Amplification with two channels, RoomPerfect technologies that also permit the system to be converted into a home theatre configuration with P1 Surround Sound Processor, intelligent modular versatility, and artfully hand-finished components. 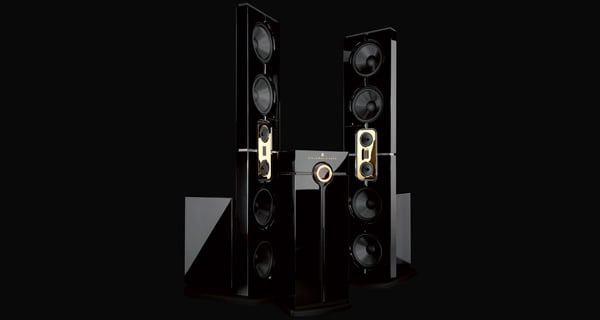 The system has twin dipole three-way speakers with a frequency response of 20 – 22k Hz. These have been crafted through more than 170 hours of precision machining and over eight weeks of assembly by hand. Along with the speakers, a choice of statement head unit with a CD player or discreet SP-1 Stereo Processor has been included. Model D also comes equipped with an RF Remote control in either gold or chrome.

Covered in black lacquer finish, Model D exteriors exude a stunning appearance. Nonetheless, if one opts for further customization, this can be achieved through options as a selection of wood or color lacquer finish with either gold or chrome accents.

Tags from the story
Steinway-Lyngdorf