Putting all the tittle-tattle to rest, Tag Heuer has officially announced the Tag Heuer mobile phones. All set to be seen in 2008, it is confirmed that TAG Heuer, the world leader in prestigious sports watches and chronographs and the fourth biggest luxury watch brand in the world, and ModeLabs Group, originator of the “Mobile On Demand” offer, have announced the signature of an exclusive international licensing agreement to design, produce and market mobile phones under the TAG Heuer label. It is just expected that like the precision instruments made by the Swiss manufacturer, TAG Heuer mobile phones will also feature impeccable finishing and brand-specific functions.

This is a world-first agreement between the field of mobile phones and that of luxury watchmaking. Tag Heuer has assigned its teams of designers and watch developers to this project for a full three years, thereby creating a full range of entirely “tailor-made” mobile phones and related accessories. 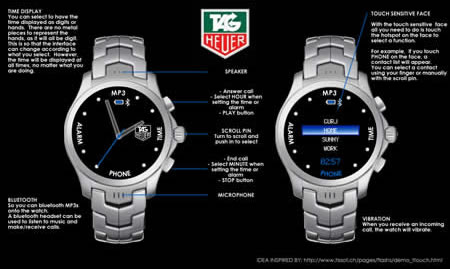