If you’re a member of an animal protection group or something like that, this is probably not the best article to read. Not because it’s because animals are being killed to make this product, but you won’t find it exactly tasteful either. Presenting the new Xbox 360 that looks like it just crawled its way out of the Everglades. The alligator-themed 360 is covered with a lizard-textured skin and even has a realistic alligator eyeball in place of its power switch.

Yes yes, I know they look real but rest assured, no actual alligators were harmed in the making of this console. Xbox 360 modder dfwmonkie created the system’s scaly gator skin using hand-sculpted layers of Bondo, coated with paint and clear-coat to give it the glossy wet look. Personally, I would not want to carry something like this ever…but to each their own eh? 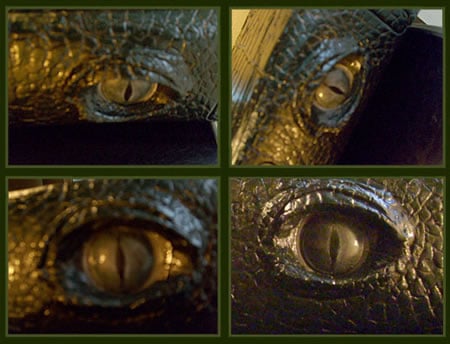 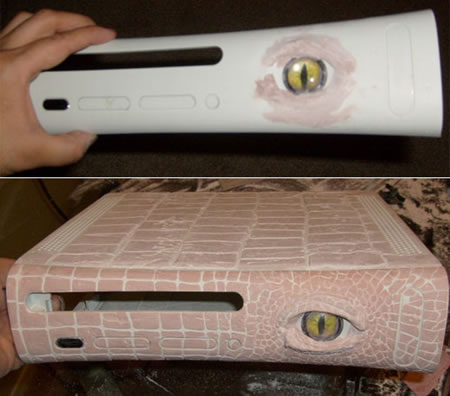 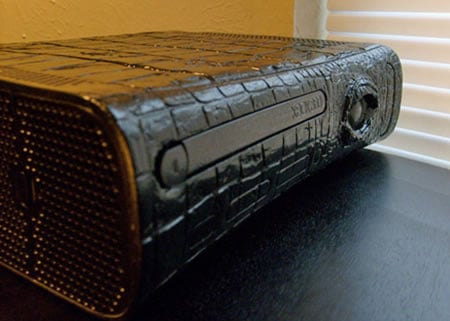