Every Harry Potter fan can now have a magic wand, courtesy of Entrepreneurs Chris Barnardo and Richard Blakesley. Not only have they created a TV remote style buttonless Kymera wand, which can flick channels or turns down the volume with a quick flick. But even before it can hit the popular markets, the Dragons’ Den, BBC2’s entrepreneurial reality series, has made them a combined offer totaling over $1,386,500. But the guys ended up taking the offer from Duncan Bannatyne for a staggering $308,000, the highest made by a single of the five Dragons on the show in 57 episodes.

Priced at $77 apiece, the Kymera Wand can be used with TVs, hi-fis, DVD players, laptops, and remote-controlled light switches and curtains. Laced with 13 infra-red codes, the remote has workings similar to a Nintendo Wii. The duo has sold 20 percent of their business to Bannatyne, which will come down to ten percent if they manage a $ 1.85 million profit after a business year. The guys have already sold over 20,000 wands since September in as many as 41 countries. They expect turnover for the next year stands at $ 3.08 million. 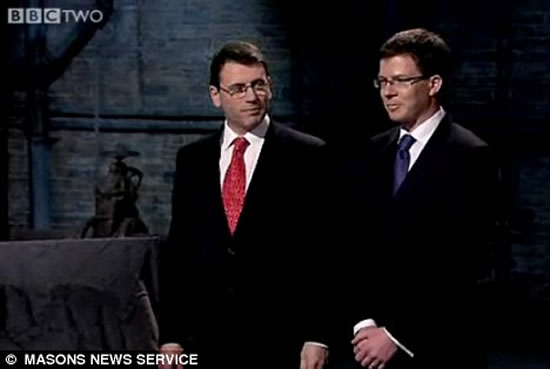 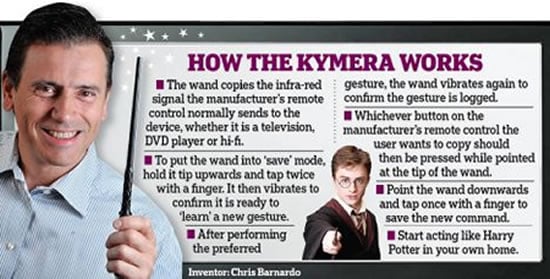 Tags from the story
TV