With the boom of technology, our gadgets only seem to get smarter and better! And providing one such mind-boggling electronic device is a renowned Australian company – C Seed who recently unveiled a beast of a TV set- quite literally! Its newest edition measures 301 inches to be precise and is also christened after its diagonal width. 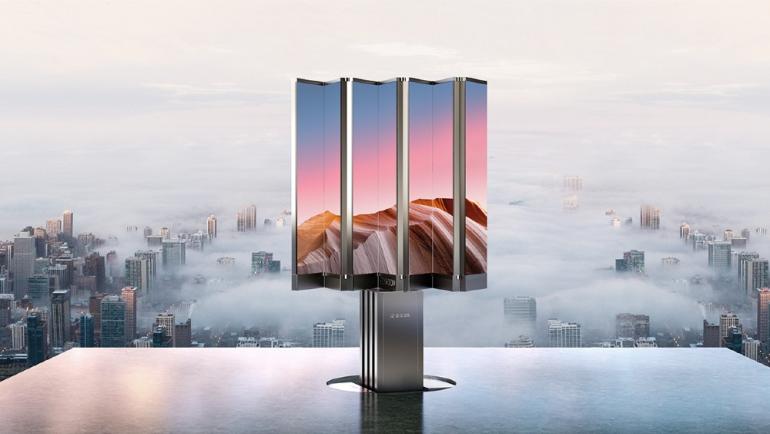 Manufactured as an outdoor television set, the 301 is made from super light carbon fiber and titanium that makes it ideal for rough use. The folding device boasts a luminosity of 4,500 nits, a 4:500:1 contrast ratio and 48-bit color depth – specs that make it a great fit against sun glare or other harsh weather and lighting conditions. The television’s four million in-built LEDs further process image data up to 100,000 times per second, allowing it to impressively display 281 trillion colors at once.

Other specifications of the 301 include a splendid HDR technology, 4K video support, and a sound system complete with six broadband speakers and three subwoofers of 2,700 watts. It’s most impressive feature though is its underground storage casing that activates at the push of the button and resurrects the 301 (to its full height) within seconds. Despite its massive size, the TV is comparatively light- structured and weighs a mere3638 pounds. C-Seed’s exclusive 301 Television set can now be ordered online for a whopping sum of $1.5 million.

Tags from the story
Biggest, TV