Environmentalists have time and again highlighted how cigarette buds are polluting our shores and poisoning sea animals. And providing a solution to counter this are Edwin Bos and Martijn Lukaart- co-founders of TechTics, a consultancy based in The Hague ,Netherlands.

Together the two have built a mobile, beach-cleaning machine that can spot cigarette butts, pluck them out and dispose of them in a safe bin. Called “BeachBot” (“BB” for short), it uses artificial intelligence (AI) to learn how to effectively find the strewn filters, even if they’re partially buried in the sand. 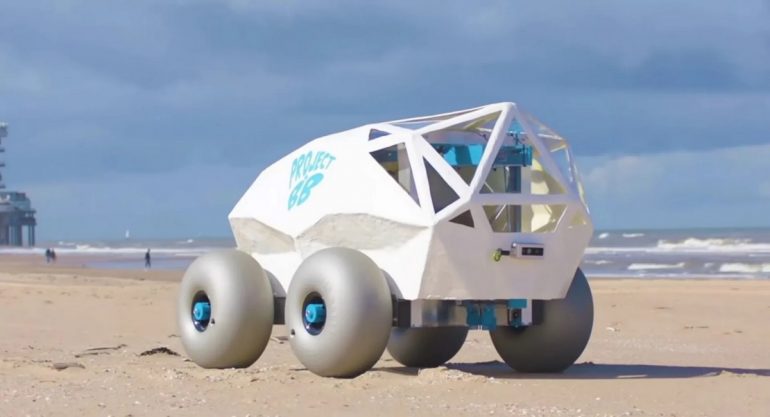 The project is being aided by Microsoft via the Trove App, which is currently calling the public to send photos to the AI system and thereby help it learn and become better at the job. According to the company, it needs about 2,000 images of cigarette butts on the beach to help the robot fully understand what it’s looking for. 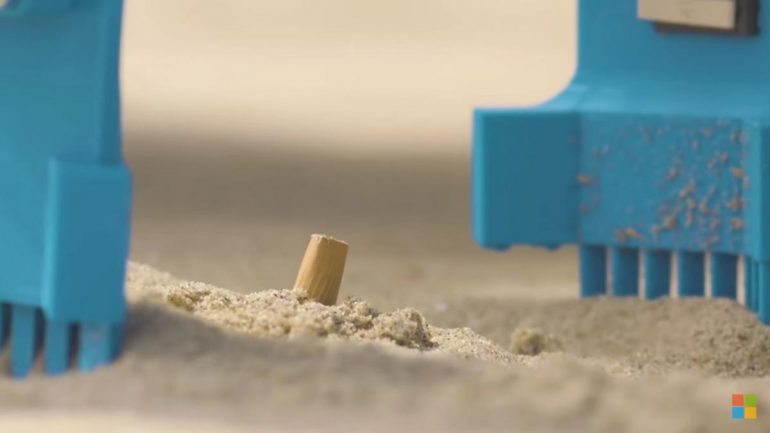 Commenting on it, Christian Liensberger, lead principal program manager of Trove, a Microsoft Garage project, said, “The system learns how to see pictures like a child recognizing an object for the first time. With this transparency, a lot of (Trove contributors) feel like they’re part of a team, that they’re doing it together, that they’re actually helping. It’s important for people to contribute to something lasting.” 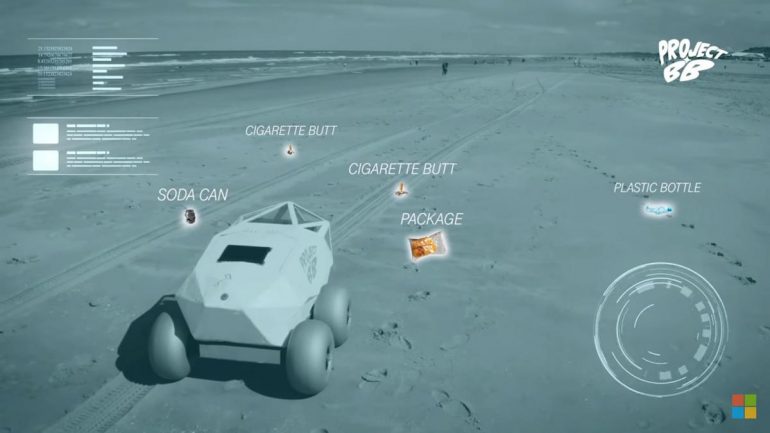 He further added, This BeachBot is powered by the people. The bot does all the legwork. It goes to the beach, and it is the hero of cleaning. But to clean, it needs all these people to give it consistent data input. Without that, the bot will run into new situations it doesn’t understand. Machines like this only work because of people.”

Remarking further, Bos, co-founders of TechTics, said, “We believe that our robotic solution, in the end, may not be the final solution for this problem because the bigger problem with littering is still human behavior. We have to make sure together we are keeping our beaches clean.”

The start-up also has plans to create two smaller bots to map the beach, scout for cigarette butts, and communicate with BB to request the removal of the trash. “We start with cigarette butts. That’s the world’s most littered item. In the future, we want the robots to detect a range of other litter,” Bob further noted. Well, talk about using AI for a better and cleaner planet!