Ulysse Nardin has declared, the luxury Chairman mobile phone will be launched with Android rather than Windows Mobile as initially planned. This change in the feature will make the Chairman phone the world’s first Smartphone to run Google OS. The kinetically powered phone is made by Swiss watchmaker Ulysse Nardin in collaboration with SCI Innovations. Ulysse Nardin has also updated the phone’s other features turning this phone into a musUlysse Nardin Chairman is the most expensive Android phone for $50,000t have, hi-tech, high-end gizmo. The updated features include 3.2 capacitive touchscreen display, fingerprint recognition, 3G, “extensive gaming ability,” preloaded Facebook app, 8MP camera, HD video playback, 32GB of internal memory, and an ARM-based Freescale i.MX processor. A luxury phone for the opulent gizmo freaks, it is definitely a class apart.

Those interested in owning this luxury Smartphone can pre-order it here. Depending on the model you choose, the price of the Ulysse Nardin phone will vary from $12,800 to $49,500. 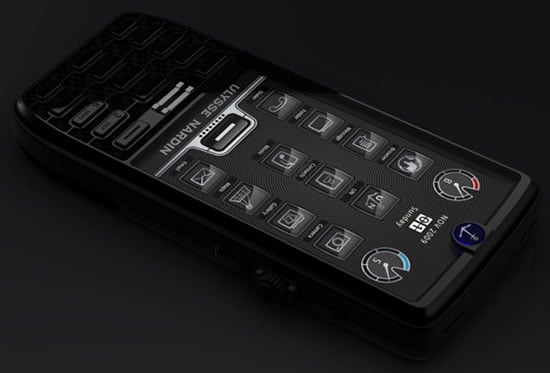 Tags from the story
Most-Expensive, Ulysse-Nardin