The world seems to be on a yellow metal high refurbishing all products with this precious metal known commonly as gold. The latest gadget to achieve a high end product status thanks to a bling makeover is the exclusive Vertu phone launched in Japan. The golden phone has been launched to celebrate the first anniversary of Vertu’s flagship store in Ginza, Tokyo. The anniversary celebratory phone will be available in four versions, Vertu Kinko, Vertu Kikusui, Vertu Nanten, and Vertu Daigo, representing the four seasons. What is more, besides the golden touch-up, the four unique versions have been hand-painted as well. Reportedly, there will only be four units of the new Vertu phone made, each costing 20 million yen (about $215,800). Buyers of this premium phone will also be able to make free domestic calls (Japan). Despite the unique offer and exquisite material, this phone fails to dazzle.

Definitely not worth its exorbitant price tag, this limited edition phone is one phone you can do without. 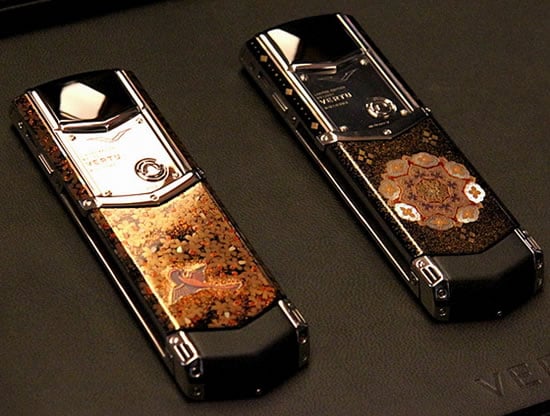 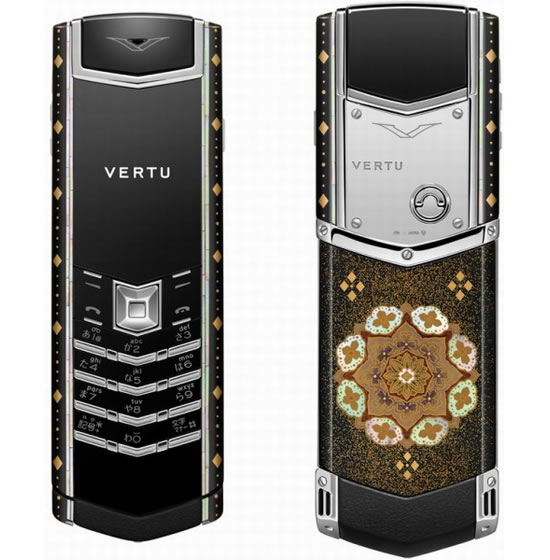 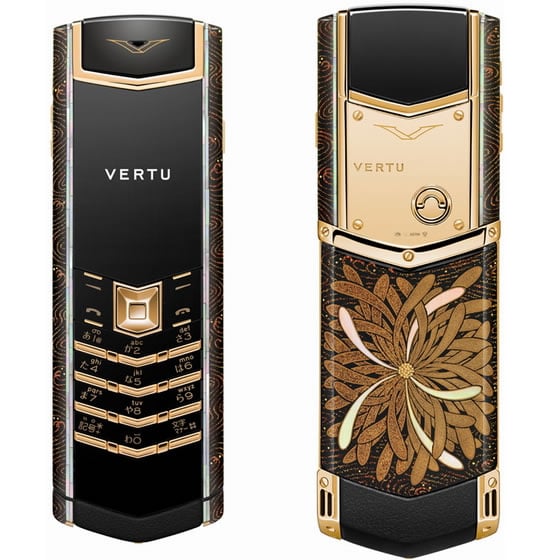 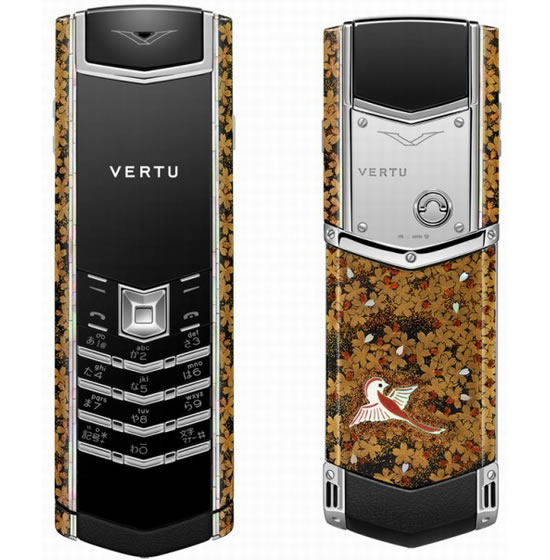