Yes, we have reached an age where everything is being digitalized. At a touch of a button on your iPhone or iPad, you can adjust lights, open doors, windows, even operate the mechanics on your bed, and if not that, you can have a virtual concierge at your service, at all times. Technology has advanced such. Plunging into one such opportunity technology can offer, Vogue Paris launches its first digitalized version, which can be read in its entirety on the iPhone.

It’s true that most fashion magazines have mobile applications and medias through which they can be downloaded on to an iPad or a laptop, but until now, no one has offered a full version on the iPhone. Vogue seems to have pioneered there.

READ:  Goldmund Apologue Anniversary Speaker sells for more than half a million dollars 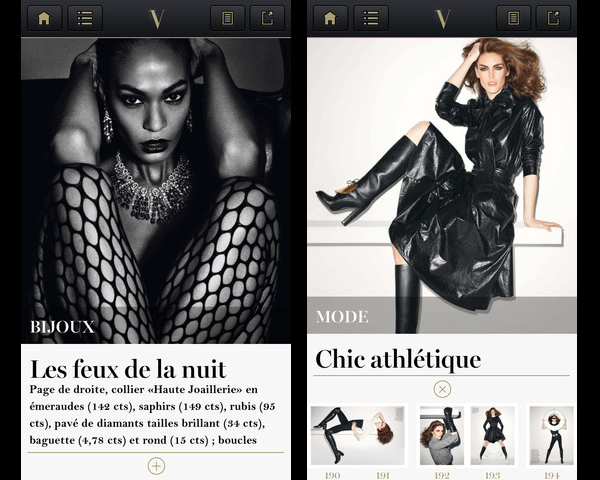 The magazine is available in PDF form or can be directly read through an application specially designed for iPhones, wherein pages have been adapted to the screen size. The app also features an integrated stand that gives access to back issues as well as the ability to share content on social networks or go directly to the website and Twitter page of Vogue Paris.

READ:  The five most expensive applications on the Apple App store

Le magazine Vogue Paris s’enrichit sur iPhone by VOGUEPARIS
For downloading the app, search for ‘Application Vogue Paris’. Download it for free from the Apple Store. The first digitalized issue is the June to July, which can be read for €3.59 (around $5).