Westinghouse, known more for their kitchen appliances and small little television, has come back into the ever-changing TV game with a bang. They premiered their 110-inch television at the Consumer Electronics Show (CES) 2013 held in Las Vegas. While size is definitely a factor, Westinghouse stole the show at CES this year more because of its incredible quality. The TV offers four times the resolution of HDTV, often called 4K. The new Ultra High Definition TV means that the picture can get bigger without compromising quality or becoming pixelated. With a 3480 by 2160 resolution, the company is crafting its marketing strategy around this 110 inches 4K television.

Before you go breaking down walls to fit this massive television into your homes, you should know that Westinghouse is also producing a line of television more normally sized at 50,55 and 65 inches that will retail for $2500, $3000 and $4000 respectively, all of which will be ready for shipping in the first quarter of 2013. The 110-inch television is custom-made to order and will retail at a whopping $300,000; the only problem with a TV of its size and clarity is that you might mistake it for reality. 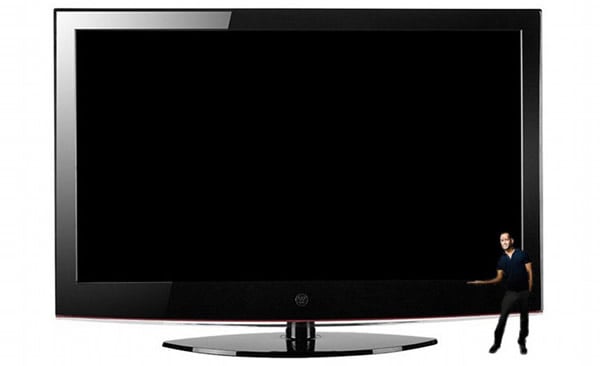 [Gizmodo and Big-Picture-Big-Sound and Softpedia]