From an uber-efficient public transport system to a mass of surveillance cameras – Singapore has it all in the name of public infrastructure. However, in taking it one step further, it has recently deployed a new patrol robot to keep a tab on “undesirable social behaviors.” 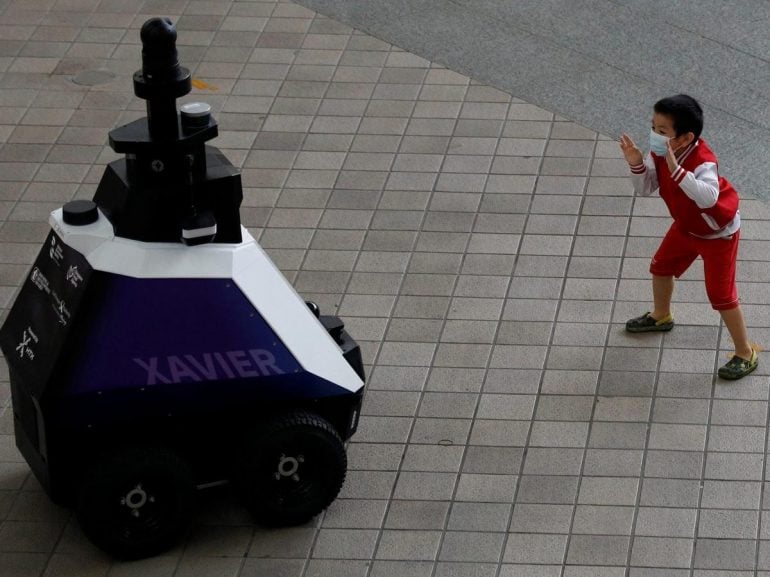 Called ‘Xavier,’ the robots come as a duo that is designed to roll around areas with high foot traffic on a set of four wheels and a camera. They also feature a set of navigation sensors so that they don’t go crashing into any walls or rolling over people’s toes.

Fully infrared and fitted with LED illumination, the bots are capable of capturing images in dim lighting using IR and low-light cameras. The images and videos captured by them are will further be analyzed by an AI system to look for anything that may require human officers’ response.

The robots will not be able to pull out a pair of handcuffs and arrest you for unscrupulous acts; they can call for police backup if required. They will also display “appropriate” messages letting people know what they’ve done wrong.

In particular, the bots will detect “undesirable social behavior,” including “congregation of more than five people,” which goes against its COVID-19 safety measures, instances of smoking in prohibited areas, illegal hawking, improperly parked bicycles, and for any mobility device and motorcycle using footpaths and sidewalks.

Over the next three weeks, the robots will monitor the crowds of Toa Payoh Central and other public areas with high foot traffic. Talk about tech going places!

Tags from the story
Robot, Singapore