When it comes to burgers, we’ve seen it all – from the burger packed with the finest foods to the limited edition Macs’ in Japan, nothing could faze us now; or so we thought, until this weekend when a burger made the headline for being the world’s most expensive burger that was sold for $7000, beating the previous record of a $5000 Las Vegas burger. Though the thought of someone paying that much of an exorbitant amount for a patty between breads might seem a bit ridiculous, you should know that it was for a good cause. The burger in question was made as part of the Pink Bite event at Dubai Mall’s Galleries Lafayette, which was created and host by Pink Caravan, a UAE based organization that takes pride in educating communities about breast cancer and conducting consequent examinations. As part of the event, Pink Caravan ambassadors were allotted into teams and their task was to create burgers from scratch and later, sell the very same to the highest bidder in a 45 minute auction. 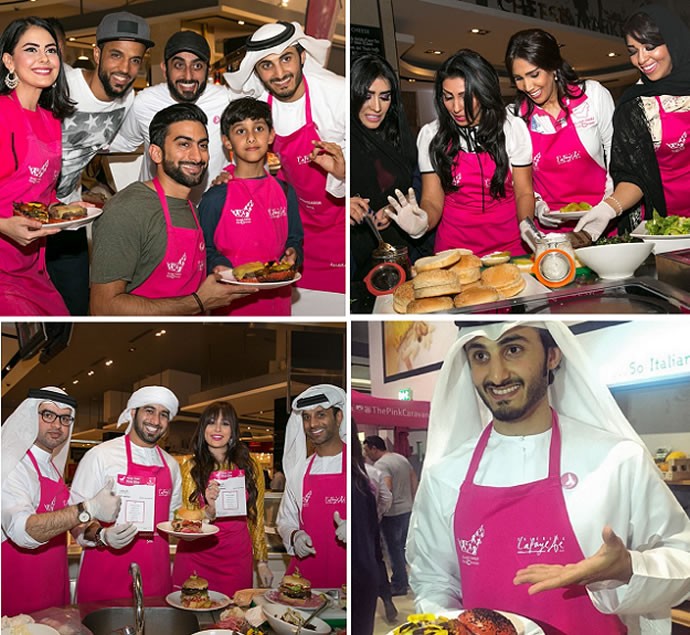 Sheikh Mohammed Bin Abdullah Al Thani, who happens to be the chairman of the Department of Statistics and Community Development in Sharjah and also one of Pink Caravan’s ambassadors, created the burger which sold for AED 25,960 ($7000). His team, with the help of their extravagant burger was able to raise the biggest sum for the night and in all, the event got a generous response of AED 72,180 ($19700) which will all go to the Pink Caravan’s mission for breast cancer awareness programs.

Since nothing else about the prized burger has been revealed, any guesses as to what the secret ingredient might be?

Move over Marina Bay Sands, Singapore. At 965 feet up and offering…