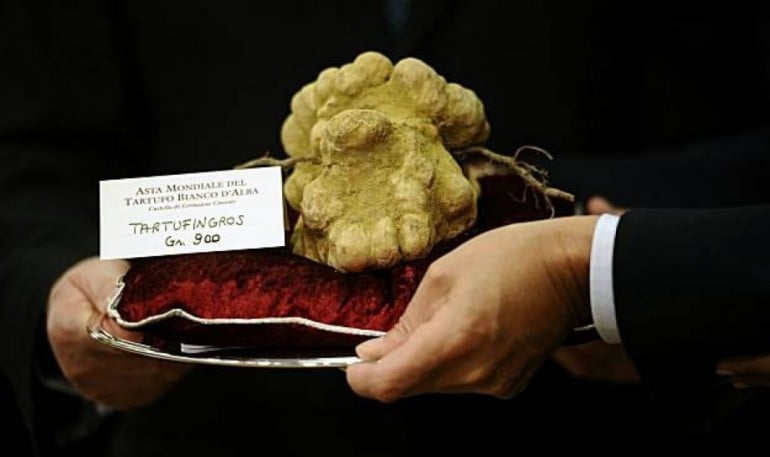 5 The price is even higher than you think
There’s a reason these delicate delicacies are known as ‘black diamonds’ – they can cost almost as much! If your chef has managed to get you the real, authentic, fresh thing, it will pack such a hit of pungent flavours and fragrance that you will not need more than just the slimmest sliver of shavings from it to luxe up your meal. Even just these shavings can cost hundreds of dollars, while the even more elusive white truffles are up to three or four times as expensive as the black, sometimes going for more than 3600 USD a pound! It’s a rare combination of exquisite taste and elusiveness in nature that makes these high in demand and short in supply. 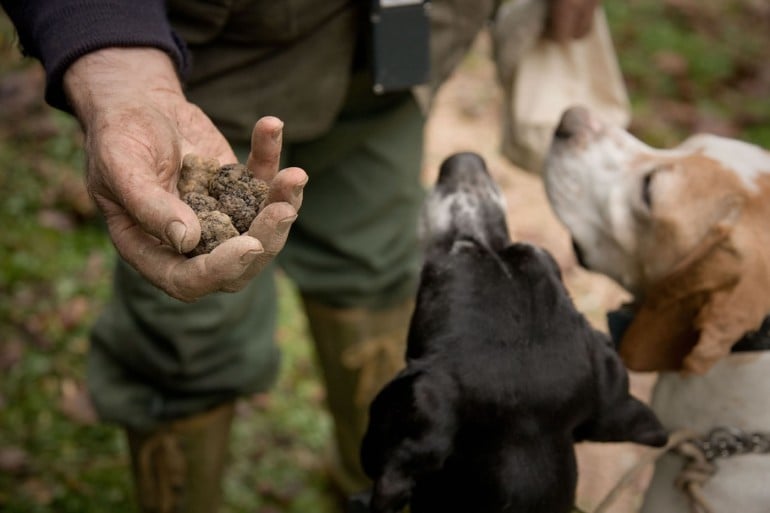 4 There’s a truffle mafia!
Over the decades, the yearly find of truffles has reduced from 2,000 tonnes of truffles a year about a century ago, to close to merely 30 tonnes now. Climate change has impacted the truffles harshly too. When the world is clamouring so much for these little pieces of luxe, it’s not surprising that there are black market dealers who are resorting to stealing from chefs and trifolau (truffle hunters) as well as trying to kidnap the truffle dogs in a bid to try and source their own! Smugglers, underground auctions where no one questions their provenance… it’s like something out of a drug heist drama and yet just as true. 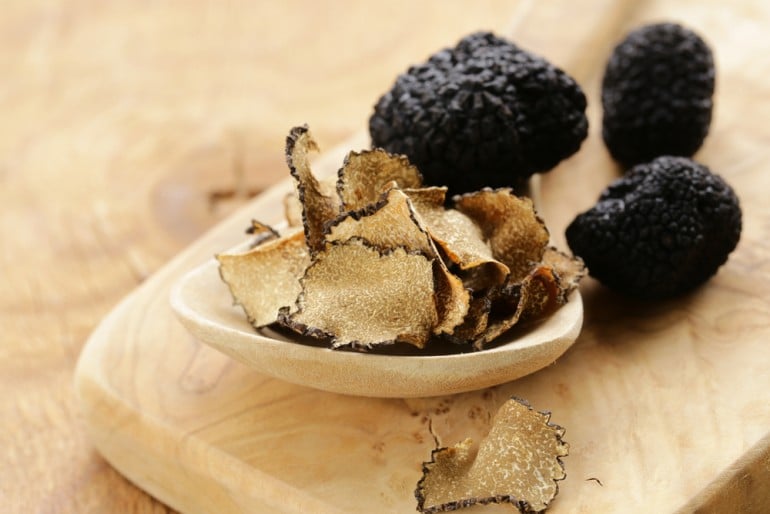 3 Truffling with the hormones
In the Middle Ages, the Church told people that truffles, with their almost sexual aroma, were a creation of the Devil. For quite a long time, people associated them with witchcraft and sin and kept away from them. Thanks to the Renaissance questioning everything from those dark times, King Louis XIV of France brought them back into fashion by famously devouring more than a pound a day at his lavish meals in the Palace of Versailles. A lot has been written and said about truffles having aphrodisiacal properties, with everyone from the legendary Casanova to Napoleon Bonaparte attributing their virility to truffles. While that hasn’t been scientifically proven yet, it’s true that the scent of these magic mushrooms can be quite sensuous in a very raw and earthy way. The female pigs love them because they exude something akin to the mating pheromones of their males. While humans seem to have a heightened experience around them because of the perceived rarity and value, we still don’t know enough about it to reach any concrete conclusions about their ability to arouse sexual desire or not. The desire to drool over a dish; that’s certainly aroused though!

2 When a truffle isn’t really a truffle…
When it’s a chocolate truffle! These rich chocolates which originated in Chambray, France, in 1895, are named so because of their resemblance to the lumpy exterior of the dark truffles, complete with a dusting of cocoa to give the feel of the ‘soil’. It’s said that in the 17th century a Dutch trader used the brandy or port that had been used to preserve fresh truffles in to fill a chocolate shell casing. The journey from that to the French version of the truffle-less chocolate truffle is obscure. 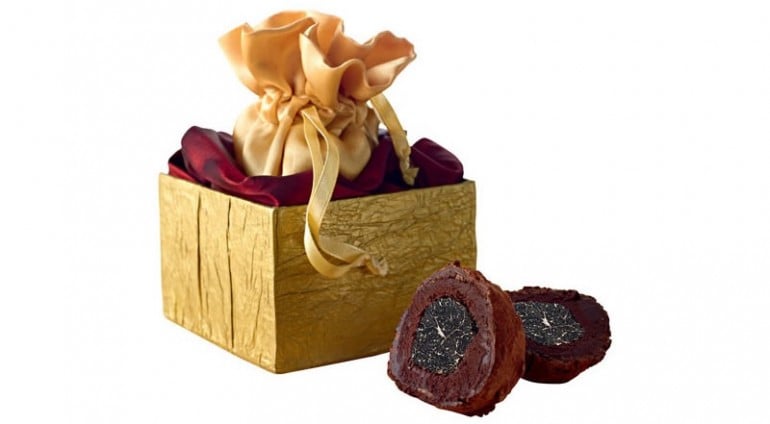 1 Taking it to the limit
In a move that literally takes the truffle tale full circle is American chocolatier Fritz Knipschildt’s La Madeline au Truffle. Arguably the most expensive chocolate in the world, this 250-USD-a-pop truffle starts with a ganache made with intense 70% Valrhona dark chocolate, heavy cream, sugar, truffle oil and vanilla. A French Périgord truffle is dipped in this decadent ganache and then rolled in fine cocoa powder. It’s presented on a bed of sugar pearls in a silver box tied with a ribbon.