On Friday, La Bonne Bière, in Paris’s 10th Arrondissement became the first café to reopen its doors after the Paris Attacks of November 13. Five people from the café were killed by militant extremists who opened fire there as well as at a series of other locations.


Three weeks after the vicious attack on civilians, the café reopened its doors to hundreds of Parisians and even people from other parts of the country who gathered in a show of support and solidarity. 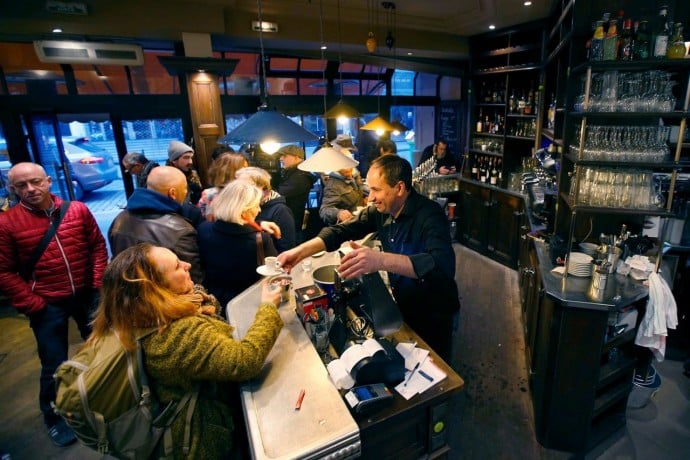 The café itself has undergone a mini-makeover, the bullet marked windows have been replaced and the ceiling has a fresh coat of pain. A banner outside says “Je suis en terrace” meaning I’m out on the terrace. The innocuous French sentence has allowed French people to reclaim their public spaces and say proudly that the will not avoid cafés or restaurants in fear of future attacks.

In front of the café is a pile of flowers and messages, a tribute to the victims of the attack, but inside the café and in the minds of the people, there is a commitment to moving on with life and not succumbing to the fear and panic which the attackers hope to create.