Vogue’s 100-year celebration is getting a fine English treat in Britain. A pop-up Vogue café is now open at The Village, at Westfield London as part of a joint venture with Condé Nast International Restaurants serving up a treat that is very English, very quaint, and sweet. The space will be open until September 25. If you happen to drop in, you can check out a colorful display of Vogue British covers while enjoying traditional English afternoon tea, sandwiches, macaroons, sweet treats, or champagne cocktails and punches. As part of the centennial celebrations, a British Vogue party was also staged. An ongoing touring exhibition is taking place – Vogue 100: A Century of Style, which will run until October 30. 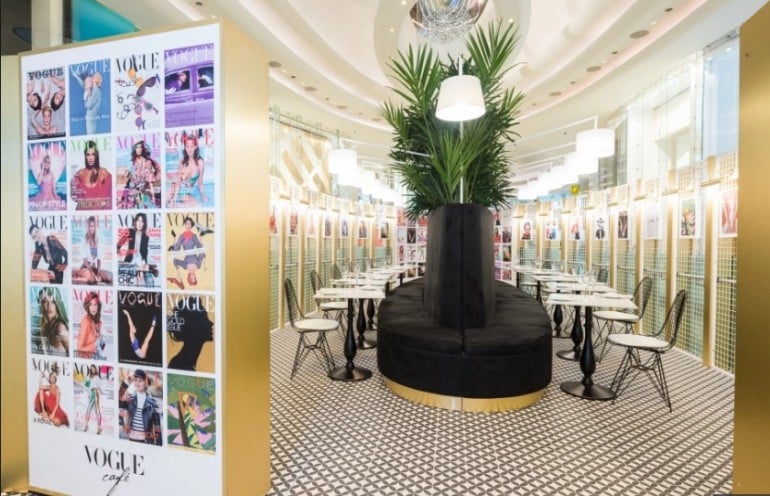 In Moscow, things were posher, where your designer bag will have its own chair. Because designer bags deserve a single seat on its own. And because the Russian women are possessive about their designer bags. And also because you don’t want to mess with Russian women who have designer bags, perhaps bought from some Kalashnikov sale their husbands made. In Britain, your bags will have to face the hard floor. Or your lap, or maybe have a fancy English butler carry it for you while you sipped on hot tea. You know, because it’s all in Vogue.