Being a millionaire is everyone’s wish waiting to be granted. But imagine accidentally receiving £1 million for a three-course meal that you feed someone? Topping the list of the most bizarre mistakes worldwide is one where a guest at an Indian restaurant in Scotland accidentally credited £1 million to the restaurant owner’s account! 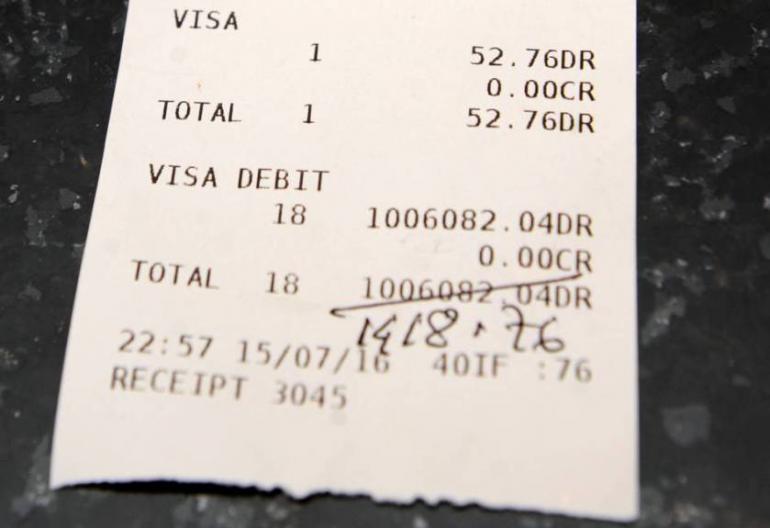 The mystery millionaire who prefers to keep his identity under wraps was having a meal with friends at Inverurie’s Rajpoot Indian Restaurant. On finishing his meal, he requested to pay via his card and was handed over the card machine by the owner of the restaurant, Abdul Wahid. The guest insisted on punching in the amount which was a sum total of £100 himself but struggled with the payment due to some error. This was when Wahid offered help by phoning the customer’s bank for the confirmation code. But little did Wahid know the blunder he had just confirmed too! On checking the receipt, the guest as well as Wahid jumped in surprise (or shock) which showed a billed amount of £1 million! What for a bank who processed a transaction of £1 million for a curry!

However realizing his foolishness, the guest quickly rang up his bank and recalled the funds. Wahid surely must have thanked his lucky stars as the amount was entered by the guest himself, saving Wahid the blame of this silly folly. Though the blooper was finally settled to the guest and Wahid’s relief, it surely earned us a few good laughs!

Tags from the story
Restaurants