Nothing like pouring yourself a glass of whiskey on the rocks and sipping on it in style. And with the view of giving connoisseurs a chance to savor some of the finest (and oldest) spirits auction house Skinner recently sold a bottle of Ingledew whiskey for a grand $110,000. 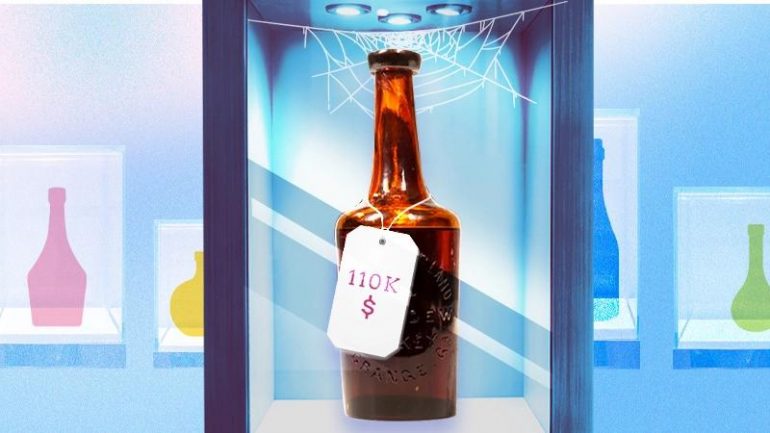 Touted to be the oldest known whiskey in existence, the bottle of bourbon was recently offered at a rare spirits auction that ended on June 30. It was originally expected to fetch anywhere between $20,000 – $40,000; however, it shattered all records to fetch twice the number.

The contents of the bottle are further believed to be a century older than its bottling date. Experts used carbon-14 testing by extracting the precious liquid with a hypodermic syringe to reveal its origin date to approximately 1763. It was also noted that the whiskey could have been distilled in the late 18th century.

The rare spirit is held into a bottle adorned with a typewritten label that reads, “This Bourbon was probably made prior to 1865 and was in the cellars of Mr. John Pierpoint Morgan from whose estate it was acquired upon his death” – indicating a connection between the vintage whiskey and J.P. Morgan himself.

As per reports, the decanter was purchased by J.P Morgan, who passed it on to his son, Jack. The latter gifted it to James Byrnes, who later gave it to his neighbor and family friend, Logan Drake. It now sits with the Morgan Library (a museum and independent research institution that was originally the private library of financier J.P. Morgan) after it procured the Old Ingledew whiskey on sale for $110,000.